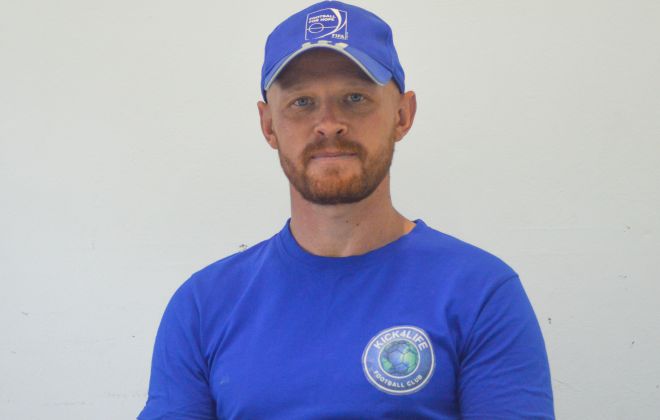 Westren confident in his team ahead of LCS clash

Kick4Life caretaker coach Paul Westren has full confidence in his team as they look to claim the three points against LCS in the Econet Premier League on Sunday afternoon.

The Econet Premier League will return to action this weekend after taking a short break due to the LNIG Top8 quarter finals that were played at Setsoto Stadium and Maputsoe FiFA stadium. Speaking on this game, Westren said his boys are ready to rise to the occasion and give LCS a good game.

“We have just gone on toe with Bantu, one of the best teams in the country, on current form and we gave them a good game, so I believe we can do the same with LCS. They are a good team, they are well organized,” he said.

He said they cannot afford to drop any points at this stage because they are looking to close the gap in the league table. He further continued to say they need to work on scoring more goals while also trying to protect and maintain their lead in the game.

Kick4Life are positioned ninth in the standings with twenty points, while LCS are on the third spot with twenty-nine points. In their meeting of the first round, LCS won 1-0, thanks to Keketso Snyder’s header.