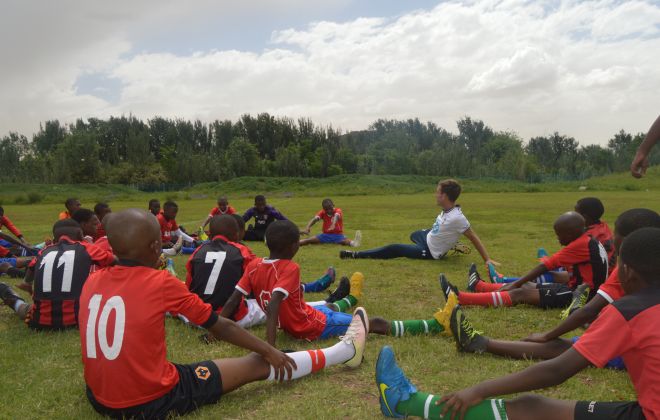 In January 2017 the first eleven boys will enrol in the Kick4Life Academy, a residential football, academic and character development initiative for young people from underprivileged backgrounds. Co-founder Steve Fleming explains why this exciting initiative is an incredibly important step in our organisational evolution...

We first launched in Lesotho in 2007 with a sports-based health education & life-skills development curriculum combined with Test Your Team - events using football to encourage young people to voluntarily test for HIV. Lesotho has the world's second highest HIV prevalence (23.2%) and this remains a central component of our work. We have delivered the curriculum and other health initiatives to more than 200,000 young people and have identified more than 1,000 HIV positive youth, referring them to ongoing medical treatment and counselling.

By 2009 we had also begun to develop initiatives aimed at more intensive interventions with some of the most vulnerable groups: children living on the street, teenage mothers and double orphans. Taking a more holistic approach to wellbeing, this includes one-to-one mentoring, referrals to external services, literacy, numeracy and support towards education and employment. It has enabled us to help hundreds of young people work towards sustainable livelihoods, including training and employment opportunities at our own social enterprises. 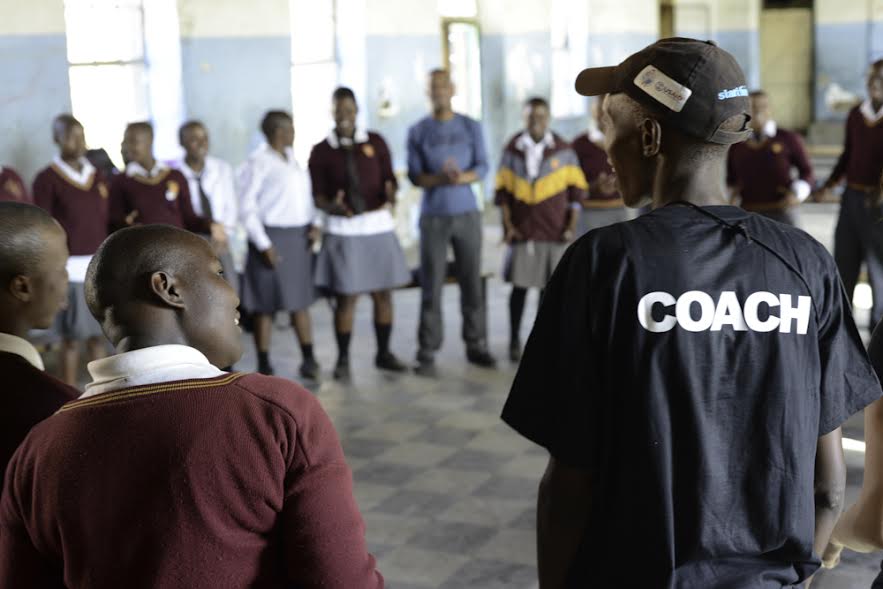 These projects have been very successful and have undoubtedly contributed to preventing new HIV infections and to improving life chances. But can we truly say we are achieving our mission - to transform the lives of vulnerable young people? Actually, the answer to this is very definitely 'yes', but I believe this has happened despite the nature of the funding environment, and without having a project approach that is impervious to external change.

While we work closely with funders to shape proposals and projects, NGO support from trusts and foundations remains funding-led, and this has been one of the primary determinants of our project evolution and content to date. Notably the majority of funders remain focused on achieving high numbers of participants, making deep impact harder to achieve. Even more significant is the short-term, time-bound nature of support that is subject to changes in priorities and economic developments. As a result a good project can be scrapped when a funder moves on, or you can find yourself doing work that isn't necessarily the best fit for your organization. On a few occasions we have turned down funding because it wasn't within our strategic remit, but it is not an easy thing to do when there are staff salaries and overheads to cover. The end result can be misalignment with strategic purpose and difficulty in demonstrating and understanding long-term, high-impact change. After all, project focus and resources are naturally and necessarily diverted elsewhere when project funding ends.

It would of course be arrogant to dismiss influence from an external funding environment that is often shaped by experts and research into the challenges and needs of communities, and into the effectiveness of different methodologies. Indeed, trust and foundation support remains a core part of our funding and programmatic mix, but at the same time we have felt the need to break the cycle and also develop a project that we commit to over the long-term, and which we will endeavor to deliver regardless of successes and failures in the traditional funding arena.

What has social enterprise ever done for us?

Back in 2010 we started to explore the possibilities of social enterprise, and our selection to host the Lesotho Football for Hope Centre at a site in central Maseru, Lesotho’s capital, gave us an excellent opportunity to be creative and ambitious. In addition to launching some small income generating projects such as pitch hire and a corporate football league we also began working towards opening a restaurant and a hotel. There were two drivers for this: firstly to generate sustainable income as part of a balanced and diverse income strategy, and secondly to provide structured training and employment opportunities for young people coming through our programmes.

Fast-forward six years and today No.7 restaurant and the K4L Hotel & Conference Centre are both positioned number one on TripAdvisor in their respective fields for the whole of Lesotho. More importantly, in the process of establishing and running these enterprises we have been able to create jobs and deliver training that provides young people with vocational skills and the chance to achieve sustainable livelihoods. 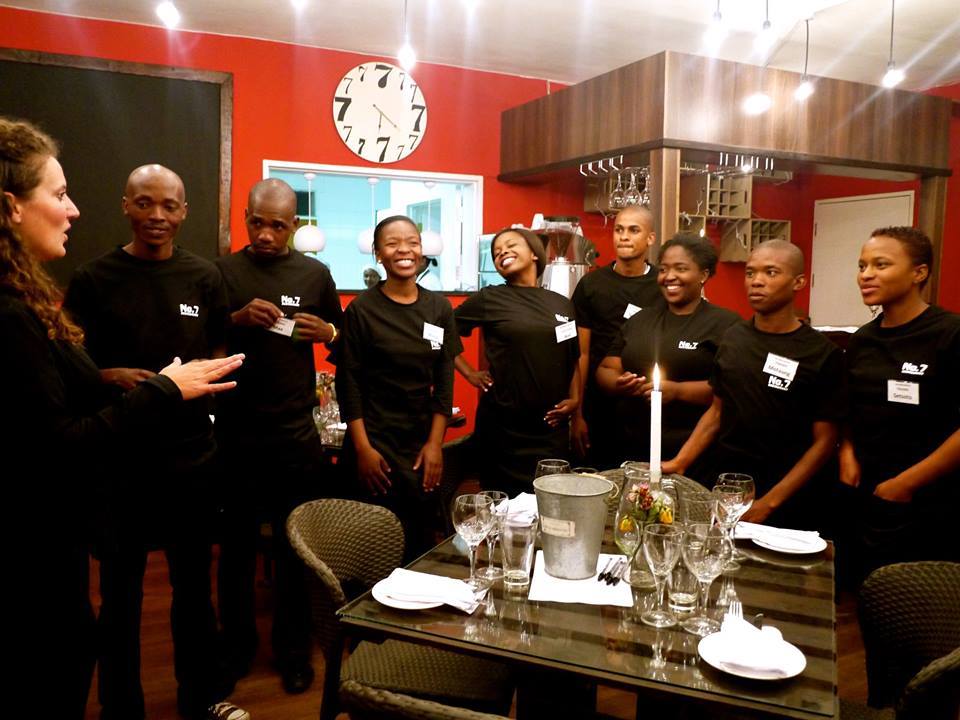 But what about the other objective of our social enterprises: strengthening and diversification of financial sustainability?

Over the last two years the enterprises have contributed to organizational running costs as well as enabling reinvestment in important infrastructure such as air conditioning and a generator for the entire centre site, helping to grow the capacity of the enterprises and improve the efficiency of all our operations. They have also directly contributed to our HIV prevention & testing initiatives, as well as providing a powerful means of relationship building and consolidating our reputation for innovation.

Most significantly, however, the hard work of our social enterprise team has given us the flexibility and confidence to set up the Kick4Life Academy, a project that is not principally driven by the external funding environment and that we believe gives us the opportunity to consistently and demonstrably transform lives, and as a result, make a significant contribution to the overall development of communities in Lesotho for years to come.

What have the enterprises ever done for us? In short they have enabled us to take a giant step towards fulfilling our mission in a deeply meaningful and measurable way.

What is the Kick4Life Academy & what does it aim to achieve?

The concept of the Academy has been years in the making and is the cumulative sum of our programmatic learning and research, with invaluable input from pioneering organizations such as Right to Dream in Ghana. It is based on identifying young people from disadvantaged backgrounds who have the potential to become change-makers in their society, with a combination of footballing ability, academic excellence and the necessary attributes of character (determination, resilience, commitment, integrity etc.).

Over the last twelve months we have conducted an extensive recruitment campaign and have identified an initial 11 boys aged 12-14 who will be enrolled in the programme in January. They will be based at a house near the Kick4Life Centre and will receive high-level football coaching as well as attending Thetsane High School where secondary school scholarships have been secured. They will also receive home-based one-to-one educational support, healthcare, counseling, nutritional support and life-skills coaching via a specially designed character-building curriculum.

The goal of the Academy is to support the participants to fully funded soccer and academic scholarships at international schools and universities, in the United States and elsewhere, where they will gain world class education and life-experience that will be genuinely life transforming. With each scholarship worth hundreds of thousands of US dollars, the Academy will therefore aim to use football to leverage an extremely significant educational investment in Lesotho.

It is very encouraging that, even before the formal Academy has launched, two K4L participants have already started scholarships at State Fair Community College in Missouri. Mako Makoanyane and Lesia Thetsane, both 19, rose from Kick4Life’s development squad to become regulars in the senior men’s team before flying to the United States earlier this year on student-athlete scholarships where they’re studying Sciences in Engineering and Associative Arts respectively. We now have several offers from colleges in the US for further opportunities for young Basotho women and men in 2017. 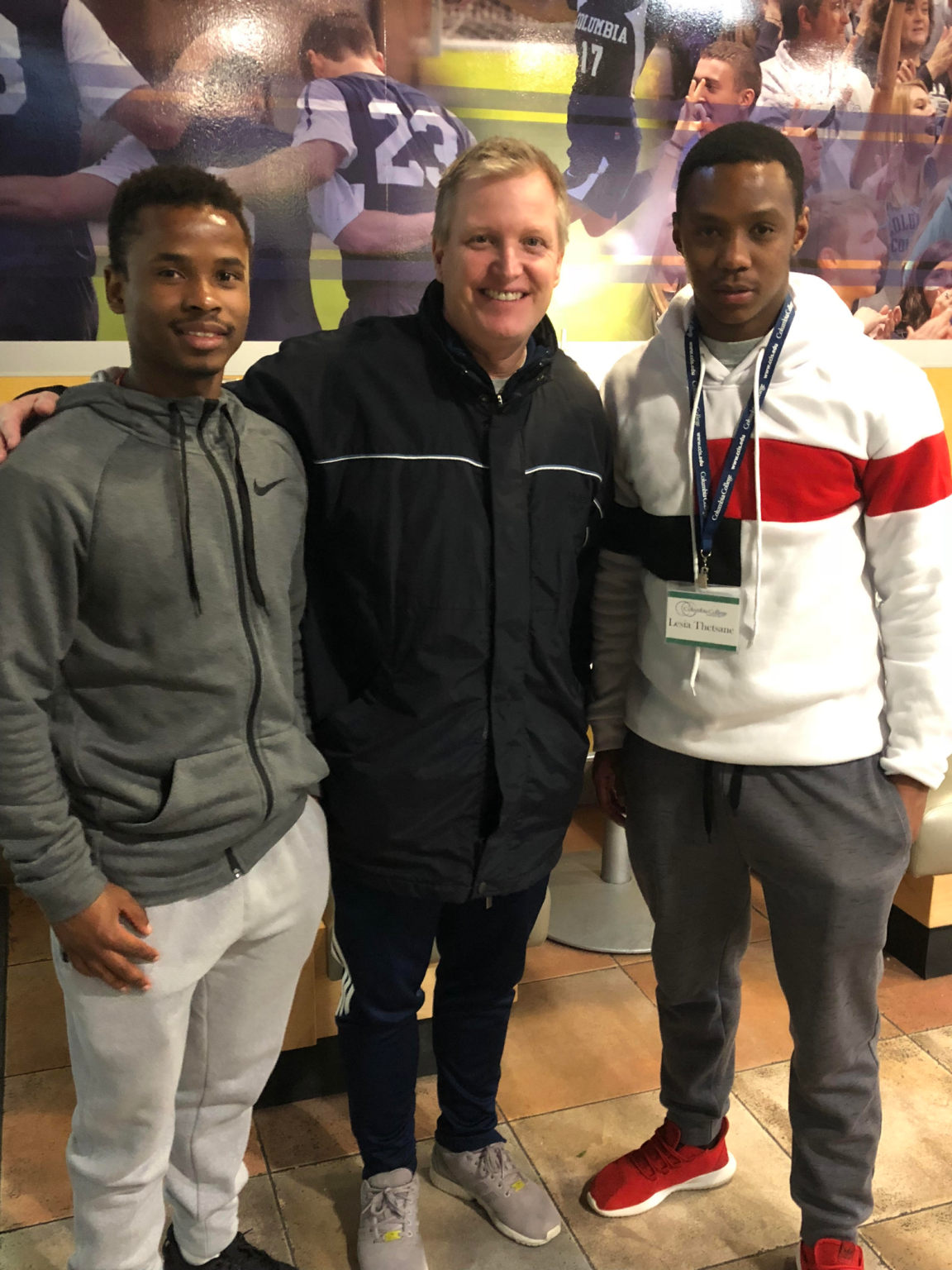 The number of participants in the Academy is obviously very different to some of our wider community support programmes where in a year we can reach over 20,000 young people with health education. These initiatives offer excellent reach, but we also believe the long-term impact of the Academy will justify the approach, not just for the lucky few but for the country as a whole. Education is indisputably the key factor in the development of a nation; imagine what the impact in Lesotho will be if in ten years time there are more than 100 internationally-educated graduates of the Kick4Life Academy, men and women, applying their skills in development, government, sport, civic society, education, economic development, media, medicine and much more besides.

In time we hope that some of the Academy graduates will go on to play professional football throughout the world. It is the first project of its kind in Lesotho and we are aiming to nurture a new generation of male and female Basotho footballers who will be pivotal to the progress of the senior national teams in years to come. The Academy will also support our vision for Kick4Life F.C. to become a leading club in Africa, and an example for how a sustainable and successful football club can achieve success on the pitch, while off it pursuing an ultimate bottom line of social change.

The enterprises will continue to support the Academy as it moves into implementation phase and we are in the process of securing some initial corporate sponsorship within Lesotho. But we also need to generate additional funding and in the coming months we will be running a number of fundraising campaigns to secure support for each Academy participant. We will also continue to seek grants and foundation support from funders who buy-in to the concept and model.

Thanks for your support as we take the next step in our journey. Here’s to a great 2017!