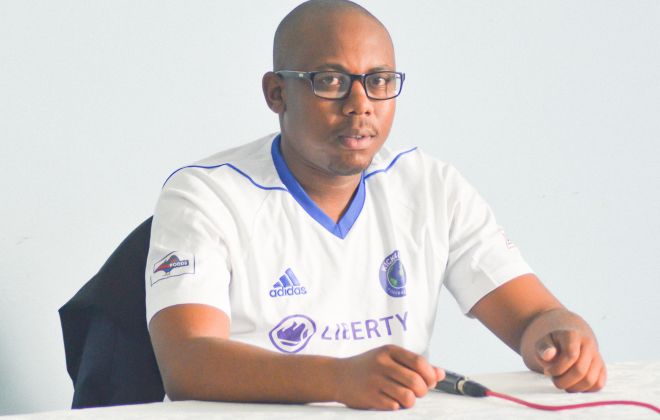 Kick4Life’s publicity manager Reitumetse Tlopo has received an honorary appointment to serve in the executive committee of Sports Reporters Association of Lesotho (SRAL).

The appointment was announced on Friday 22nd October by the Association’s President Rets’elisitsoe Makara.

In his appointment letter to Tlopo, Makara wrote: ‘This appointment was carefully thought-out by the Executive Committee and was aspired by your determination and diligence at Kick4Life Institute’.

Amongst his duties in the committee, he will work closely with the Media and Public Relations Department as well as representing the committee in some important assignments.

Speaking on this, Tlopo expressed his delight to have been afforded this great opportunity to contribute to the development of sports in Lesotho: “As someone who grew up being active in the field and now reporting on sports, I am really humbled by this recognition from my colleagues in sports. I continue to learn daily in my line of duty at Kick4Life and I believe this is another chance for me to contribute positively towards the development of the beautiful game in Lesotho.”

After joining Kick4Life 6 years ago as a media intern and now holding the title of Communications, Marketing and Fundraising Manager, Tlopo thanked Kick4Life for giving him a platform to express himself and believing in his abilities: “It has been a long but great learning journey for me, my skillset has improved so much since being part of this great institution. The support I have been receiving from my colleagues internally and externally has driven me this far. To my fellow teammates in sports, I couldn’t have reached this far without your help, I am really thankful to have the best colleagues in you and I promise the entire nation I will continue being a loyal and dedicated servant to the fraternity”

Kick4Life Co-founder, Steve Fleming added: “This is fantastic and deserved recognition for Reitumetse’s professionalism and for his commitment to his craft.”