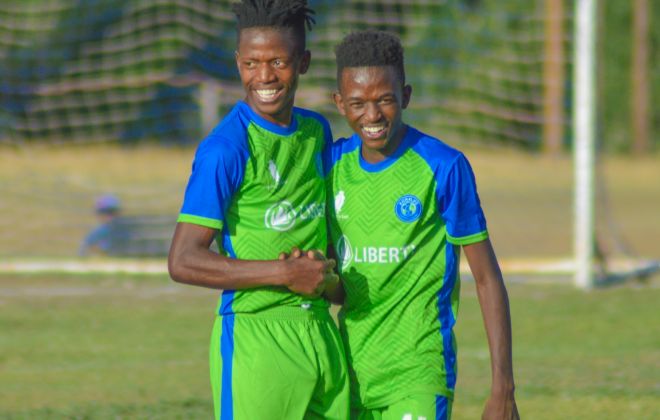 Relebohile Thulo scored twice to give Kick4Life the much needed win as they returned to winning ways against Lijabatho on Sunday at Ratjomose ground.

The game ended 2-1 with former Kick4Life hitman Fidele Ntoya scoring the only goal for Lijabatho. Kick4Life came into this match nursing their bruises after losing to LCS last weekend and they were in need of 3points.

After missing last weekend’s clash, Thulo returned to the starting XI and he made his presence in the pitch loud, scoring in the 24th minute and also sealing victory for the Old Europa side with his late strike in the second half.

Kick4Life posed the first real threat in the 3rd minute when Tseliso Botsane beat Nyeoe Lesuhlo with his pace but James Tabi missed the chance in the box. Captain Johannes Molapo had to make a brilliant header to deny Lijabatho the goal in the 20th minute. Four minutes later, Thulo beautifully curled his freekick to the far post, giving the visitors the lead. However, Ntoya levelled matters for the Morija based outfit just before the break.

The battle continued after the break and Ntoya should have done better than blasting high at goals at the hour mark. Incoming substitute Sanele Phantse combined well with Ts’epang Ntsenyane but the latter missed with the goals at his mercy in the 78th minute.

Just when it looked like the game was heading for a draw, Thulo produced something special for Coach Katiso Mojakhomo and his charges, scoring his second goal in the 83rd minute. The game then ended 2-1 and Kick4Life were happy to pick all the 3points on the road.

Man Of the Match: Relebohile Thulo