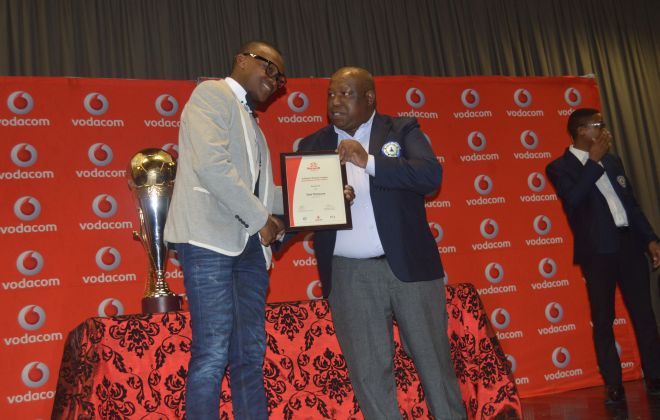 Thetsane named Goalkeeper of the Season

It was a sensational moment as Kick4Life’s own goal-minder Sele Thetsane was named the Lesotho Vodacom Premier League goalkeeper of the season on Wednesday night at Maseru Avani.

Thetsane who with no doubt had a good run in the 2015/16 season, had earlier been named the “player of the season” at his club Level after helping Kick4Life into finishing 6th in the log standings.

Other winners were as follows: