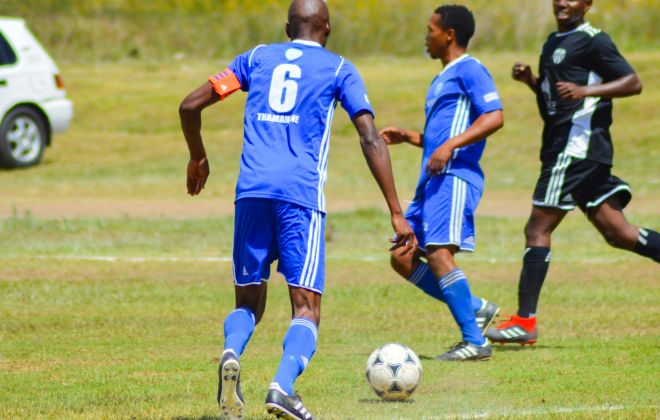 Moruti Thamahane reached a milestone as he marked his 100th Premier League match in the colours of Kick4Life with a 1-0 win over Galaxy on Saturday afternoon.

Speaking on this success, Thamahane who is also the captain of Kick4Life said he feels very grateful to have achieved this prestigious milestone and said he is thankful to the team for the opportunity.

“I am really excited to have come this far, it’s a special moment for me especially because we marked it in style, winning our first game of the new year and making it 6 wins in a row. I still recall our first season in the elite league, it was not easy as we had to avoid relegation but look at where we are today,” he said.

For him, leading Kick4Life in its very first top4 competition in the 2016/17 season is his highlight since being at the Old Europa team. He said his aspiration is to help the club lift the silverware.

Congratulating, Pastor, as Thamahane is also known amongst his teammates, Director of football Chris Bullock said he has contributed a lot to the success of the club, both as a player and a leader.

“Moruti remains the only player now at Kick4Life who was actually present when I first arrived in Lesotho five and half years back and since my arrival here, he has helped us achieve so many things, so we are happy for him to have reached this milestone.”