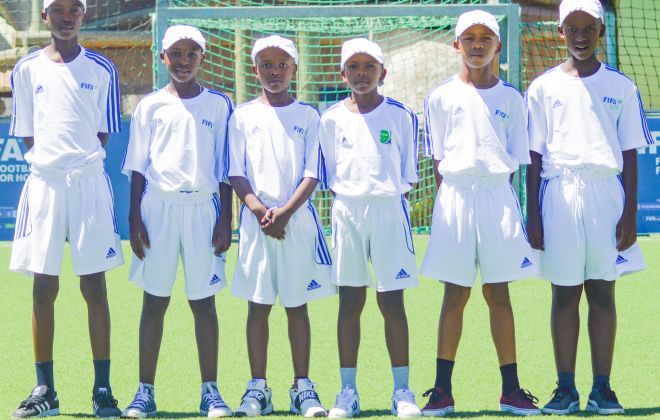 A total of six boys have been awarded student-athlete scholarships into the Kick4Life Academy where they will be studying, playing football and receiving life-skills and character development training.

The youth, aged between 12 and 13 arrived at the academy at the start of January and have already started football coaching, and schooling at Thetsane High School and Boitelo Primary.

They were all recruited after the scouting that was carried out in 2018 in different districts of the country.

Academy Director, Lepekola Seetane said this is a life changing opportunity to the boys and he is hopeful that they will grab it with both hands.

“The boys have welcomed this opportunity with great excitement, they seem to be adapting very well and we are happy with their progress. They have also established good relations with their teammates who have already been with us in the last two years.”

These boys join 10 players who were also awarded scholarships in 2017 and 2018. They will be based at Kick4Life for the duration of their academics in Lesotho, with the long-term aim of supporting them towards securing academic opportunities at international colleges and universities.