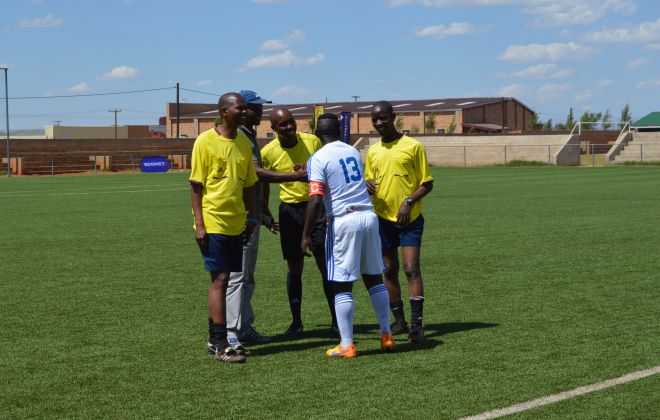 Sandawana fail to show up for EPL match

The match between Sandawana and Kick4Life which was scheduled to take place on Saturday at Maputsoe DiFA, could not be played as the home side failed to show up.

Kickoff was at 13:00hrs and when the time arrived, it was only Kick4Life and the match officials on the pitch.

After 30minutes, the officials decided to call off the game and are yet to submit their report to the Premier League Managing Committee.

Speaking with Kick4Life media, Coach Leslie Notsi said it was frustrating when situations like this occur.

“It doesn’t look good, it’s frustrating when we see things like this happening because we had worked so hard during the week preparing for this match but we still have to wait and respect them, maybe there’s an explanation.” He said.

From the club’s management side, Director of Football Chris Bullock said at this point, they will have to wait for the Premier League to make their decision.

“We just have to wait and see what happens, the PLMC will let us know once the decision has been reached. However, it’s disappointing because we had incurred expenses for this match, transport for the team to get here, their feeding and other stuff, but like I said, we will hear from PLMC about the matter” he said.