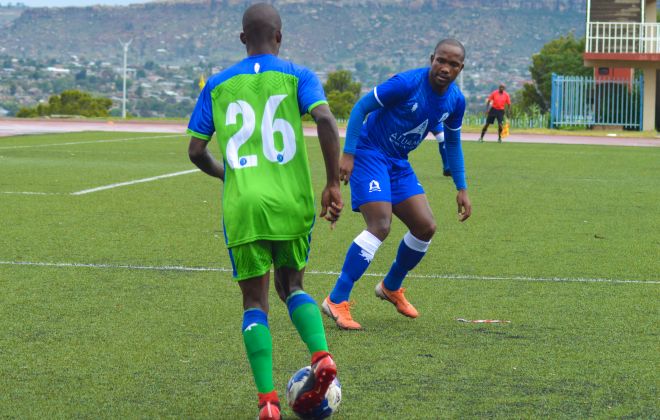 Coach Katiso Mojakhomo’s Kick4Life has weathered the storm after Bantu and LDF defeats by beating Swallows 2-1 last week, but they face another test of Matlama on Sunday.

The match will be played at LCS ground at 1;30pm

Mojakhomo made 7 changes in the starting XI against Swallows, giving Thapelo Mohale and Teboho Ramothobi their debuts. The win was much needed, especially when the club is facing tough tests of Matlama, Bantu and Sefothafotha in their next encounters.

They managed to pick a point against Matlama at Setsoto stadium in the first round after leading the game for more than an hour, thanks to Ts’eliso Botsane’s goal. Botsane seems to enjoy his game against “Tse Putsoa” as he also scored against them last season, helping Kick4Life clinch a 2-0 victory.

Kick4Life have added more to their armoury by signing a target man, Mologovane from Kovsies FC in South Africa. Mologovane will add more of what Botsane and Sanele Phants’e had been giving to the team.

Matlama are currently on the 2nd position on the log and they have just announced the signing of former Kick4Life striker, Thapelo Tale. “Tse Putsoa” are chasing for the title and they will come with guns blazing on Sunday.