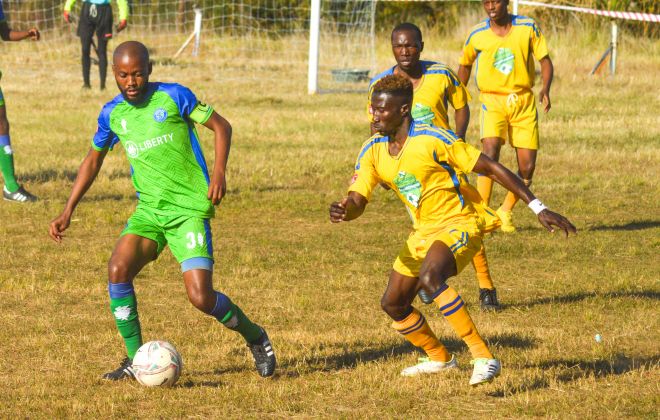 Kick4Life aim for the second successive win in the Vodacom Premier League this Saturday when they host CCX at 12noon.

The Old Europa side returned to their winning ways last weekend, beating Sefothafotha 3-2 to boost their standings in the league table. The win took the team to the 7th spot with 35points. Teboho Montlha bagged a brace while Mongezi Mologovane returned to the scoring charts.

Again, Kick4Life will be seeking revenge when they square off with the Leribe side after losing 1-0 to them in the first round of the Vodacom Premier League.

Coach Teboho Kokome is boosted by the return of Ts’eliso Botsane who served one match suspension last weekend after accumulating three yellow cards.

The Kick4Life mentor is confident his troops will collect maximum points and improve their standings in the log.

“We want the full points from this match, we cannot afford to drop any points. It’s not going to be easy, they have been doing well and we know they want to keep on collecting points, but we are going into this one with intentions to get the three points,” he said.

A win against the tenth placed CCX could lift Kick4Life even higher in the log standings. Currently, the team has pocketed 35points. They have secured 9 wins, lost 9 and played to a draw 5 times.

This is going to be an exciting encounter as CCX on the other side have also been in a good form, having not lost in their last 3 league matches. They have won one and drew twice.