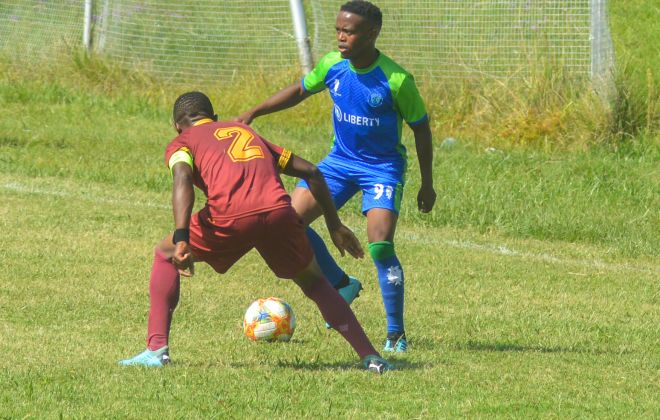 Kick4Life displayed an improved performance on Saturday as they played to a goalless draw with Lioli to claim a point at home in the Econet Premier League in a match played at LCS grounds.

Paul Westren’s coached outfit looked fresh and disciplined on the day, and they had good moments which could have resulted in them picking all the three points. There were a number of changes with both Tsepang Ntsenyane and Lebohang Nkeane returning to the starting XI, while Tanki Seoli was absent at the game.

The combination of Mongezi Mologovane and Ts’eliso Botsane looked lively at the front and Mologovane almost opened the scoring in the 10th minute but his shot was blocked away. Johannes Molapo and Liteboho Nkune stood firm at the back and the latter did well to clear the danger in the 28th minute.

Moments before the break, Lioli’s danger man Swithbert Kum who had been under the close watch of Molapo and Nkune managed to create a good space for himself in the box but Mokoteli Mohapi was quick to spot the threat and cleared the ball away.

Lioli’s shot stopper almost made a mistake which could have costed his side in the 50th minute when he cleared the ball into Lepekola Seetane’s path but Seetane failed to capitalize on that mistake as he shot straight to Jersey Matsie.

Nkeane was called into the game to make a brilliant clearance and keep Kick4Life in the game after the 57th minute. Nkune seemed to be enjoying his day in office and he almost gave Kick4Life the lead from the corner but his header went over the bar in the 71st minute.

Western was forced to bring Nkopane Tabi after Thapelo Mohale had been stretched off the pitch with an injury in the 79th minute. The game ended 0-0 as Kick4Life were satisfied with the result.