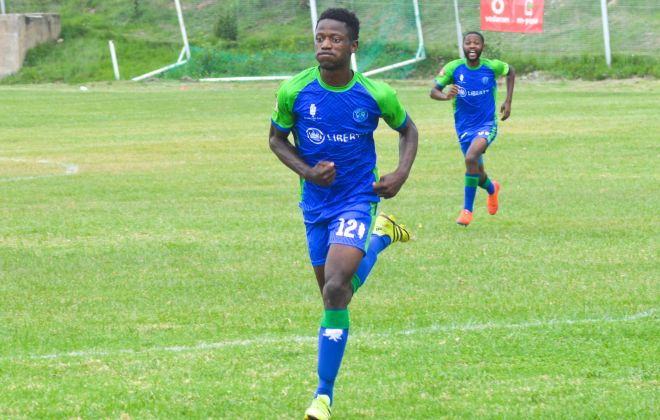 Sanele Phantse’s 72nd minute goal was enough to hand Kick4Life a 1-0 victory over Sefothafotha and claim 3 points in the Vodacom Premier League on Sunday afternoon at Ratjomose grounds.

The win lifts the Motebang Makhetha coached outfit to the 7th spot in the log standings with 13 points, ahead of their Thursday’s home encounter with Liphakoe. Sefothafotha on the other hand remain at the bottom of the league with 2 points.

Kick4Life were without the services of Mokoteli Mohapi who was away on the national team duty, and Mongezi Mologovane who was also absent on family matters.

The game could not produce much fire works in the first half, both teams could not give each other spaces to create chances. There was an unfortunate incident involving Ponts’o Khontso who had to be substituted in the first half after sustaining a head injury in the 40th minute.

Katleho Molefe made a good run with the ball in the 47th minute but his shot went straight into the keeper’s gloves. Mohlomi Makhetha was forced to clear the danger and deny Sefothafotha a goal in the 69th minute.

Moments later, Ntoa Mphale was made to pay for his blunder at the back, Phants’e giving the visitors the lead with a powerful strike. Maphika Matobako was marvellous in the midfield, marshalling Mohau Mothibeli well. The game ended 1-0, Kick4Life securing their second successive win.

Kick4Life Development on their other hand opened their B-Division League account in style at home, beating Litau 6-0.