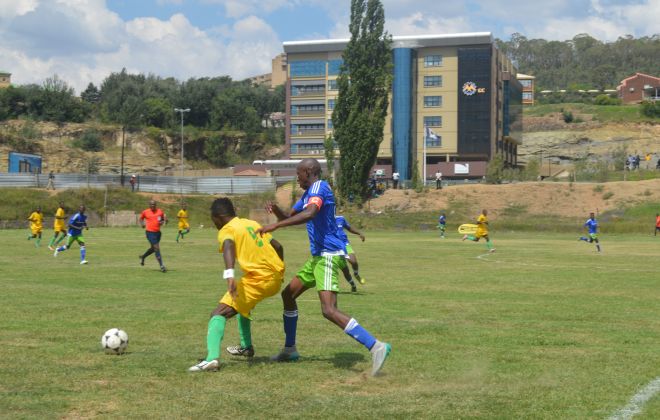 Kick4Life Head Coach, Leslie Notsi, admits that it will be difficult coming up against a Sandawana side who are determined to turn their form around.

Sandawana will be looking to bounce back at the expense of the Old Europa side. But it won’t be easy as the Independence Cup bronze medallists come into this match after a 2-1 loss to LMPS and will be looking for a quick come back as well.

The Butha-Buthe based club will host K4L at Maputsoe DiFA Stadium on Saturday, October 21 in an Econet Premiership encounter at 13:00hrs, with “Tse Bo-Yellow” looking to register their first win of the season

Speaking ahead of the match, Notsi admitted that it will be difficult to face Sandawana, although he is confident that it will be a great game of football as they respect their opponents despite their poor form.

“It’s going to be a big match. It will be a little bit difficult for us because we are playing them at their backyard. They have not been doing well and they will want to turn things around. We have a good history against them but irrespective of that, it is going to be an A game. We have to win it,” Notsi said.

This classic encounter is sure to dish up some fireworks as the visitors sit at tenth place, just three spots above the home side, with three points separating the two sides. Sandawana have however played one more game.

Notsi’s men have had an indifferent start  to the 2016/17 season and will look to restore their parity. Consistency is what has been lacking at Old Europa as the club sit with just one win in four league matches so far. This would be a good time to string up some good results as in just a matter of two weeks, they meet one of the top performing Bantu FC.

Their confidence could be boosted by the fact that they have claimed wins in all their four meetings last season with Sandawana, and would want to pick up where they left.