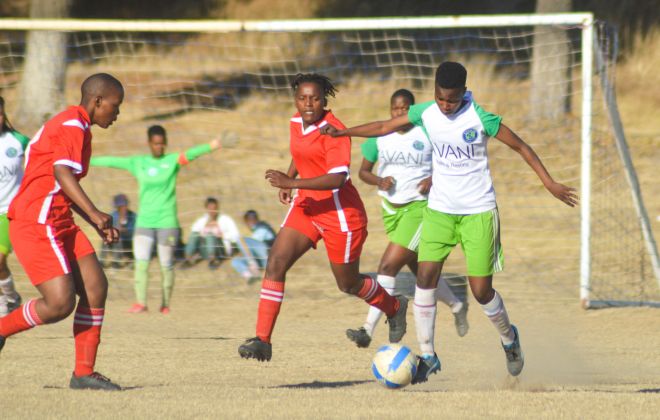 Nteboheleng Mohoshela scored twice against Rovers as Kick4Life women progressed to the final of the Dare to Dream Champions League.

The Old Europa women will now face their rivals LDF in what could be labelled as “clash of the titans” on Sunday at Makoanyane Barracks. The match will be played at 2pm. When these two sides met in a cup final in 2018, Kick4Life claimed a 1-0 victory.

Rovers did not make it easy for Kick4Life as they had a solid wall at the back. Libokelo Mokoatsi and Hlompho Ramalefane did not give Senate Letsie and Morakane Mokhothu any chance to penetrate. Kick4Life were dealt with a blow early in the game when Captain Lisebo Lesaoana was stretched off the field in the 8th minute.

Kick4Life were then awarded a penalty few moments before the break and Mohoshela netted home to make it 1-0 in the 43rd minute. She then continued her fine form in the second half, grabbing a brace five minutes from the break.

Realizing she had already booked her spot in the final, Coach Elizabeth Yelimala pulled Mokhothu and Mohoshela out and introduced fresh legs of Letsepe and Liphaphamo. The match ended 2-0 in favour of Kick4Life women.