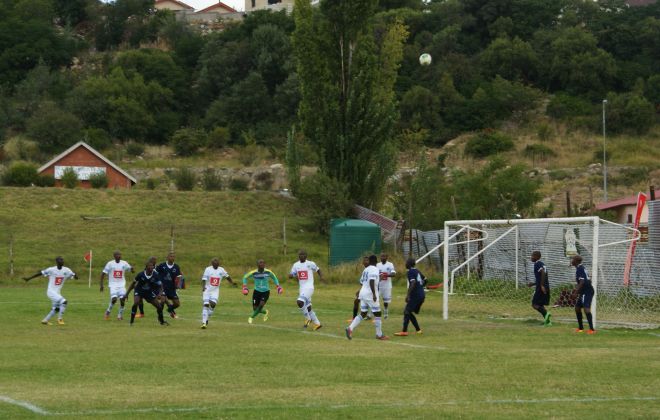 Reitumetse Tlopo looks head to the first match of the new season...

The best way to make a good start of the season is through obtaining maximum points. The 2015/16 Vodacom Premier League season kick starts this Saturday, with Kick4Life taking on LCS, at LCS grounds in a Maseru derby (kick off 1pm).

Kick4Life will be hoping for a solid performance against the reigning 3rd placed LCS after losing on two occasions to them this past season, and failing to record a win at Water Front, as LCS grounds is nicknamed. This is something K4L coach, Motlalepula Maradona Majoro is working hard to change and instill the soldering spirit within his team, especially when using this particular pitch.

“Look, we have never won a single game on that pitch and it looks like a perception that is getting into our minds that we always lose, and I am working hard to change that stigma,” he said.

Kick4Life come into this game having finished 11th in the 2014/15 season, in what can be explained as a great achievement for the newly promoted 2013/14 A-Division champions.

Maradona will want to ensure they pick up from where they left last season, and this time around fight for the top8 spot, that will not only guarantee their survival from relegation but participation in the LNIG Top8 competition.

With most of their players being the youngsters, the teams’ mentor believes his players will get better with playing regularly against the premier league veterans. “This past season was our first in the premier league and I am happy with how we played considering my boys played against people who already had an experience of the atmosphere in the senior league”.

Kick4Life have managed to secure the signatures of last season’s top scorer and Lesotho international striker Thabiso Brown on a further one year loan deal from Super Kingdom F.C., Monne Pitso (will not be playing on weekend after picking up an ankle injury) on a three year deal after spending a season on loan from Lioli, and the talented left-footed left back Thabo Mphosi has signed from the Matlama development side, Winners FC. They have also secured the services of experienced striker Molefi Thaanyane from A-division side Roma Boys and promising Lesotho under 20 international Lebohang Pitso.

As well as missing Monne Pitso, Cameroon midfielder Robert Mekomba will be missing, as he still faces a few more weeks on the sidelines having missed most of pre-season with a knee injury sustained in the opening pre-season friendly with Likhopo.

After parting ways with their coach Katiso Mojakhomo at the end of the season, it will be business as usual for LCS when they host Kick4Life and will want nothing more than maintaining their winning record over the visitors.

The four times Premier League winners failed to lift the Alliance Winter Challenge trophy this past weekend after losing 1-0 to Matlama in the semi-final. However they went on to secure third place in the tournament beating the newly promoted Premier League side Liphakoe 2-0 in the third place play-off and walked away with bronze medals.

Their star man will be Teboho Seakhooa, the quick Lesotho international winger, who turned down a move to champions Lioli in the close season, to remain with the prison side.