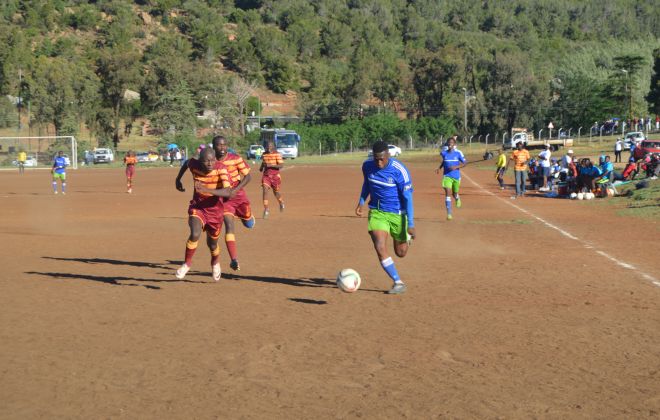 The game set is a highly-anticipated rematch of the 2016 first round, when Kick4Life shrugged off Liphakoe 2 -1, at the Pitso ground, Quthing.

K4L, however, have never lost to Liphakoe in the Premier League since the 2015/16 when the two teams have met three times, and Kick4Life won twice and played to a draw once.

Both teams feature key players who are can influence the game. Thabiso Brown who now has 14 league goals could be one force for Kick4Life to be recognised.

Bokang Mothoana has since reinforced the midfield for the Old Europa side since his arrival. Lefty, as his also known, could be a danger to the “Mighty Hwaks” with his marvellous set pieces.

Coach Leslie Notsi welcomes the fixture with open arms and says this is going to be a different ball game, and believes his charges have whatever it takes to win the match.

“Look Liphakoe is now a different team, they have the new coach and the results have been coming their way lately but to is this is also one of those matches where we need to show character. We have to ensure our stake in the top4 and getting the maximum points on Friday is what we are looking for,” he said.

The January acquisitions of Lehlomela Ramabele and Thato Moabi have helped breathe fresh impetus into the team, providing fierce competition for attacking places in the starting XI.

Kick4Life will be looking to bounce back to winning ways after coming fourth at in the Top8 finals last weekend.