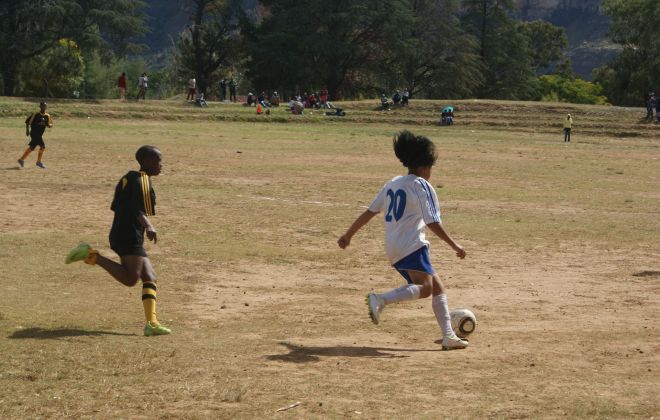 Kick4Life will take on Sky Batallion in the wrap up of the Women Super League at Pitso ground Maseru on Sunday afternoon.

This will be the last fixture of the 2015 Super League and both teams will be looking to get maximum points. However, the Maseru outfit remains to be the favorites of the two teams after their impressive season, seeing them mounting pressure on the long standing champions ladies soccer team Likhosatsana in the country.

Both Likhosatsana and Kick4Life are on level points on thirty-six after thirteen games and are only separated by goal difference, with Likhosatsana occupying the first place. However, for Kick4Life to come and play a competitive football, matching the likes of Likhosatsana can be explained as a great achievement for Puseletso Mokhosi and her charges.

However, they will face a tough battle from Sky Batallion who will be determined to deny K4L thirteen wins in the league. Sky Batallion are placed fifth on the log with thirteen points. They have won three games, drawn four  and lost six.

The Mohale’s Hoek side are fresh from their 2-2 draw with Rovers at the home soil and failure to record a win at home might have triggered them to come out with their everything to restore glory against K4L. However, even though they did not win or lose, their draw can still be taken into account as its every team’s intension not to lose at home.

Kick4Life’s Senate Letsie who is in top form in front of goal and the league’s second top scorer with 18 goals, behind only Boitumelo Rabale who got a move to South African giants Bloemfontein Celtic, will once again be looking to end the season on a high note and help her team fight for the possible title clinch.