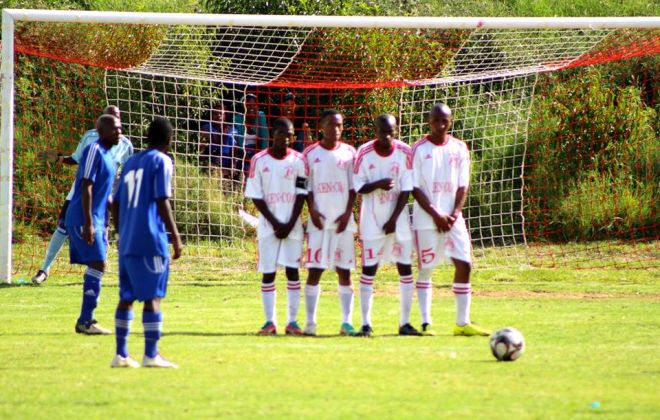 On Saturday afternoon Maseru will host it’s only fixture of the day at LCS grounds as Kick4Life will be locking horns with LMPS at 15:00hrs.

Looking at their record at home this season, they have not registered a win when using the home soil. However the positive thing is that they only lost once. They drew with Sandawana, Liphakoe and Likila.

This is a game worth more than just bragging rights; it is fixture that can define a player's career and it can often be decisive in whether a team goes up or down.

Sometimes, one solitary moment by a player is all that is needed to secure the three points in such an instrumental match, and Kick4Life have more than enough firepower to win this encounter.

Their striker Morapeli Lesoetsa will definitely head into the encounter more confident of the two teams. He has scored 3 goals so far in the season. Last year’s Kick4Life top scorer Thabiso Brown, having found the back of the net only once so far, will want to prove himself and return to the scoring ways.

Also, Motlalepula Chabeli is still the man to give an eye as in the past games he gave his opponents a bit of a run around.

This leaves Coach Motlalepula Majoro with a variety of options to make; to whether play Brown as a lone striker or pair him with former Matlama hitman, Chabeli in a two-pronged attack that may leave LMPS unrelaxed at the back.

On the other hand, Semunye are rooted in the twelve place after eight games of play. They will be looking for revenge when they take on Kick4Life after last season’s defeat in the corresponding fixture. The Police side have not had the best start to the season, losing six games in a row, having taken four points in their first two games against heavyweights Bantu (2-0) and Likhopo (0-0)

The fact that they have not been playing well up to this far still makes the visitors a dangerous side to watch. They will come out with guns blazing to use the game as their stepping stone.

The visitors have won only a single game and that was when they were playing at their home soil. Compared to Kick4Life they drew twice but lost five times. Their goalkeeping department turns out to be their biggest worry after conceding eleven goals after eight games, only scoring seven.