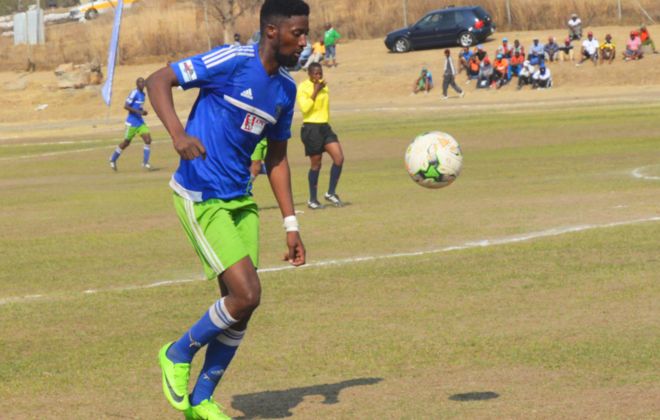 Kick4Life’s target man Nkoto Masoabi has agreed to extend his stay at the club with two more seasons after his contract was set to run out in June this year.

Masoabi joined Kick4Life during the 2016/17 season from Lioli but suffered an injury which put him on the side-lines for the whole of the second round. However, he came out stronger in the 2017/18 Econet Premier League season, netting 16 league goals and becoming the EPL top scorer.

“At first when I joined the club, I outlined that I want to win the league title with Kick4Life and I still stand by what I said. My job at the club isn’t done yet hence why I agreed to extend my stay. I want to leave a legacy at Kick4Life someday when I feel like it’s time for me to pursue new challenges,” he said.

The club has just held its annual end of season players’ awards and Masoabi scoped two awards, Players Player and the Golden Boot.

Director Of Football Chris Bullock expressed his delight to have Masoabi on board and said he continues to be a great value to the team.

“Obviously we are excited to have Masoabi with us, he is a great player. For him to agree to be with us with two more seasons shows how committed he is to the club,” he said.

Meanwhile, Masoabi is also part of the Lesotho National team squad that will take off to South Africa this week to compete in the COSAFA Senior Challenge.