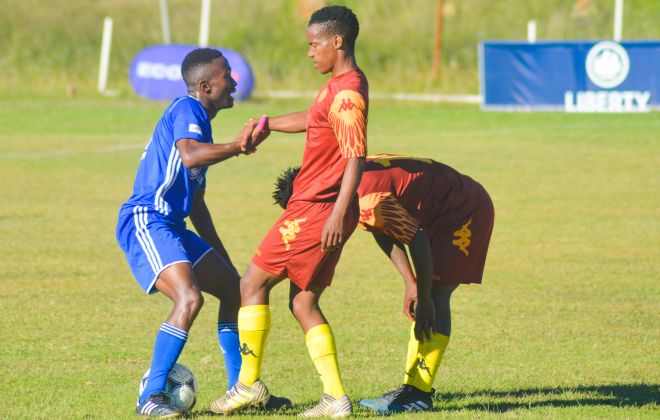 An early first half goal by Tsepang Makapa saw Kick4Life go down to Liphakoe in the Econet Premier League on Saturday at LCS grounds.

The result meant that Kick4Life have lost 6 points to Liphakoe this season, the first ever to happen since the two teams met in the Premier League since 2015. The loss also puts the Old Europa in a tricky situation in their fight for top4.

The team committed some errors in the back, first Likano Teele and Thabo Masualle failing to communicate batter in the 6th minute, then later after two minutes, Masualle lost the ball infront of goals, which led to Makapa taking advantage.

The first half was quite for the hosting team as they could not find their rhythm. Rasetabele Kalosane tried his luck from range in the 16th minute but fired wide. Paballo Mafeka was almost punished for losing possession just before break but Moeketsi Sephiri missed the chance.

After the break, Coach Bob Mafoso introduced two substitutes, Khubetsoana Kamela and Mokoteli Mohapi. Bonang Mohapi made an excellent run in the box but he was closed down in the 54th minute.

Kick4Life pushed more men upfront in search for equalizer, and they seemed to have found it in the 72nd minute when Masualle netted with a header, but the assistant referee raised his flag for an offside.

Then with just few minutes left before the end, Tseliso Botsane was left frustrated as he could not control the ball well in the box, resulting in him missing out on a good chance to at least salvage a point for his side.

Man Of the Match: Bonang Mohapi