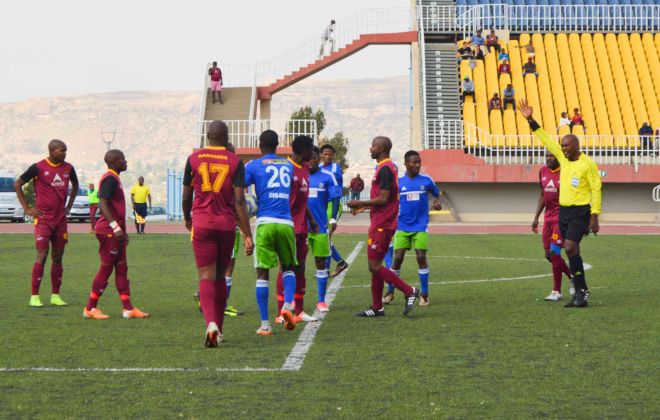 Head Coach Bob Mafoso says he is looking forward to a perfect start of the season when his side takes on Lioli in the opening fixture of the Econet Premier League in Maputsoe on Saturday.

This will be Mafoso’s first official match at the helm of Kick4Life after joining the club from Bantu and he faces a tough test of Tse Nala who will also be gunning for a positive start.

“We are very happy with the players that we have, pre-season preparations went well, we are happy with the friendly games we played, so we are looking forward into the first game of the season,” he said.

He further stated that they are aware it won’t be an easy task again Lioli who he said are always expected to challenge for the honours, but he is confident his troops will rise to the occasion and get some good results.

Mafoso said his medical room is empty, signalling that he has the full squad to himself as they approach this mouth-watering encounter.

Kick4Life have bolstered their squad with the a number of signings, amongst them is a Cameroonian striker Olomu Desire together with Lepekola Seetane who was plying his trade in the United States of America.

Lioli on the other hand come into this game hoping for a brilliant start after making a massive change to their squad and bringing in new players.

They have also roped in their former coaching league winners Lehlohonolo Thotanyane who will be assisted by Mosholu Mokhothu and the duo make a formidable team that is likely to take the Berea side to greater heights.

Tse Nala also hold an impressive record against Kick4Life as they are yet to lose a league match against the Old Europa outfit. Last season when these two sides met, Lioli collected four points.