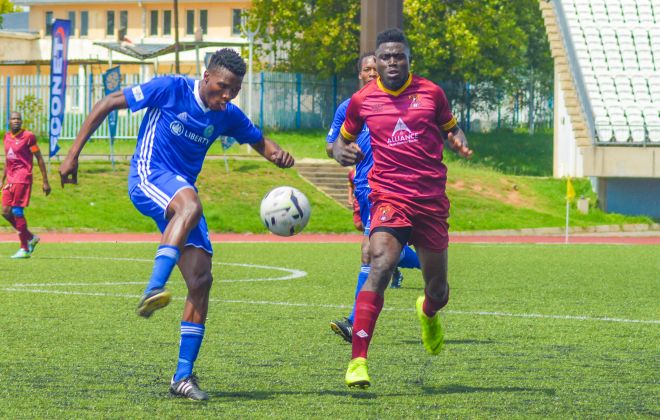 Kick4Life wrap up season at home against Lioli

Kick4Life end their 2018/19 Econet Premier League season campaign with a home encounter against Lioli at LCS ground, 3pm on Saturday.

After a very long season of positives and learning curves, the Old Europa will want to clinch three points and wrap their season with a smile. They opened the season with a 2-1 win against Lioli at Maputsoe, so this is another motivation for them to finish what they started.

Placed at 6th position, Kick4Life missed out on top4 spot when they lost to LDF this past weekend, and they cannot afford to drop anywhere below where they are now. Coach Bob Mafoso said this is one match they dedicate to themselves as well as the whole K4L family.

The team’s leading goal scorer, Tseliso Botsane with 8 goals, could be a real threat to Lioli as he looks to score his second against the same team. Botsane is followed by Khubetsoana Kamela who scored a beautiful header last weekend against LDF. Kamela is on 7 goals.

Just like Kick4Life, Lioli are also out of the top4 race, a big shock for Tse Nala as for the first time in over 5 years, they won’t be competing in the top4. Saturday will be just about their pride as they cannot afford to record another loss, which will take them to a total of twelve, loses this season.

Lioli hold an impressive record against Kick4Life. They have only lost once to the Old Europa side in more than five meetings. New signing Sweetbrth Kum has been a pillar for their goals, netting crucial goals for the Berea side.