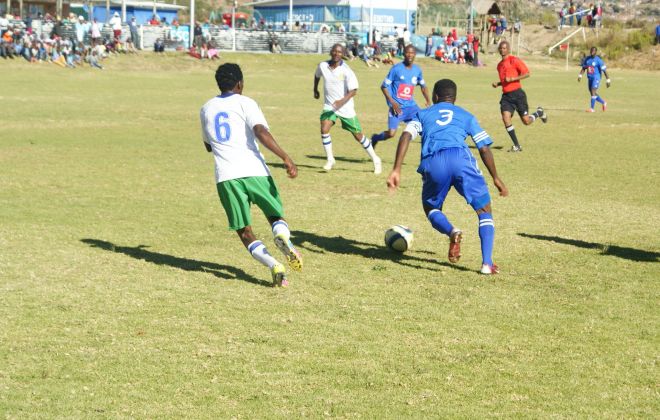 For the third time in the Vodacom Premier League, Kick4Life and Sadawana FC will square off in a highly anticipated match. The two teams previously met in the 2014/15 season where each team managed to scoop victory when playing on home soil.

All eyes are set to see if history shall repeat itself this weekend when Kick4Life host the Butha-Buthe outfit on Saturady at Old Europa. Kickoff is at 15:00hrs.

K4L started the season strongly but dropped off the pace slightly, losing to both Matlama and Rovers which has left them behind in the ninth position. However, this past weekend’s 1-1 draw against Liphakoe has brought hope to the Maseru based team that chances of them doing better this season still stand.

A win against Sandawana tomorrow would be a useful boost up the league table as Kick4Life are currently in the ninth place, six points behind the log leaders, Lioli.

Thabiso Brown is suspended after picking a red card against Liphakoe.

Sandawana will arrive in Maseru in confident mood after a 2-2 draw against Rovers. They had previously suffered a 3-1 defeat to Matlama at Setsoto Stadium.

Coach Bob Mafaso’s charges will be looking to put their past disappointments and inconsistency behind them and keep pace with other teams by collecting maximum points.

The ”yellow and blue” side are currently sitting in thirteenth place after four games, with two points. They had lost to Lioli on the opening of the season and Matlama, and drew with Rovers and LCS. They had strengthened their squad with a number of foreign players.

Conceding goals looks to be the biggest worry for Sandawana, allowing eight into their net while scoring only three.

With so much at stake, this clash has all the potential to be another Premier League classic.