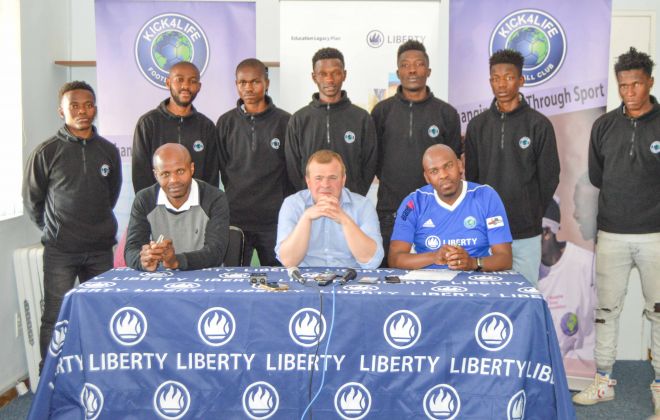 Kick4Life unveiled 8 new players plus an addition to the technical department during the team’s media briefing on Wednesday afternoon.

With the transfer window having closed last Friday, the club is also excited to have secured the signatures of Seeiso Lerotholi from Likhopo FC, Liteboho Nkune from Bantu FC, Olomu Desire from Déspoir FC Cameroon, Sanele Phantse signed from LMPS Quthing, Teboho Lekhooa from Lioli, Lefu Makhakhe loaned from Mangau FC, and Motlatsi Sebapala from Motimposo United in the B-division. Lepekola Seetane also joins the team from the North-Western University in the United States of America.

Mafoso said: “Coach Tsepo has been in the industry for a long time, he has a wealth of experience both in playing and coaching, he will surely help the team progress. He is someone I have known for a long time, we get on well together, he is more of a brother to me.”

Director of Football Chris Bullock said the club is looking to move forward and develop for the long term, hence the signing of these young and growing players. He said bringing of Hlojeng into the team does not mean there will be any changes in the technical side, in terms of the current assistant coach Elizabeth Yelimala, but it’s just a reinforcement.