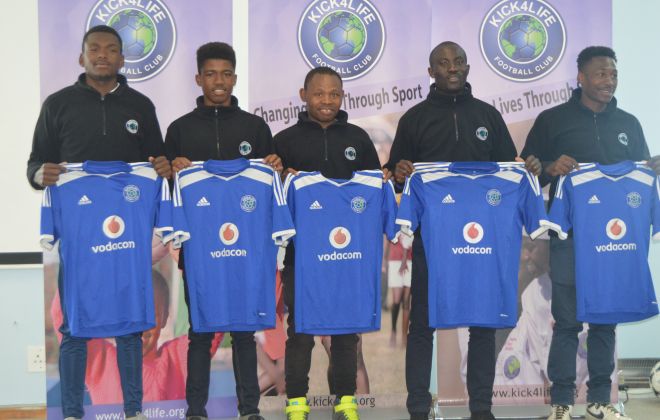 Kick4Life  paraded their new singings for the 2016/17 Vodacom Premier League on Tuesday afternoon at Old Europa.

Sejake and Sefuli join K4L from Likhopo, while Brown made his move permanent after spending two seasons on loan to Kick4Life from Sky Battalion.

The Director of Football Chris Bullock confirmed the singings and said the club is still looking to make more incomings.

“Maybe these are not our final signings for the season. We might be looking to add one player before the season starts,” Bullock told the reporters

Also Coach Leslie Notsi welcomed the players and said he is confident their presence will add value to the team.

Meanwhile there were other players whose contracts were not renewed. They are Luka Lelakane and Kamohelo Kotelo, while Katleho Mabetha and Rorisang Moabi joined Sky Battalion on transfer. Bullock thanked them for their contributions to Kick4Life. Tsepo Nqetho will also be at Sky Battalion on a loan.