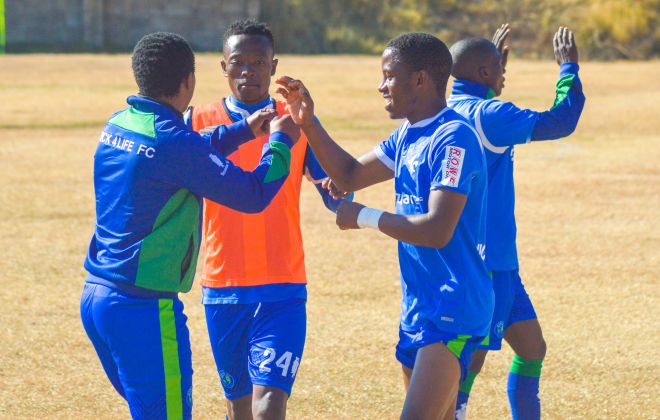 Sunday provides another chance for Kick4Life teams to head out for maximum points in their respective league competitions.

Kick4Life Women will be looking to bag another win against Limkokwing University Women in the Dare to Dream Champions League at Roma.

The team has had a great start of the tournament, winning all their three matches against Limkokwing, Thaba-Tseka and Rovers. Sunday’s match will be a return leg, and Kick4Life will want to continue where they left off when they beat their opponents 9-1, Senate Letsie netting 5 goals.

Kick4Life men on the other hand approach this match with full intentions of claiming all the points after going 3-1 down to Liphakoe on Thursday. Mongezi Mologovane was sent off after receiving two yellow cards, and Liphakoe capitalized on that, scoring 3 goals.

The loss dropped them to the 11th position, but they still have a game in hand. The teams faces Lioli who also lost 1-0 to their rivals Bantu on Thursday.

Looking at the players who are likely to influence the game on Sunday, Mokoteli Mohapi will be battling it with Monaheng Velaphi in the midfield, while Mohlomi Makhetha will have to be at task against Swithbert Kum.

Having nurtured his talent at Lioli, Kick4Life captain Teboho Lekhooa will fight tooth and nail not to lose against his former side. This will be the same case with Jessy Matsie at the goal posts, who also rose from the ranks of Kick4Life development before gaining promotion to the senior side. He left Kick4Life to join Lioli in 2018.