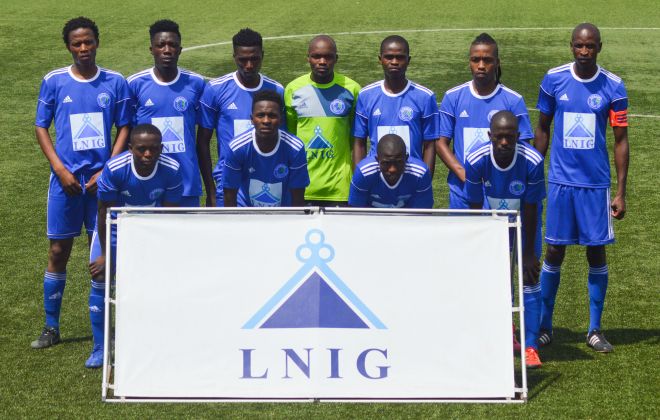 Kick4Life is eyeing a progression into this year’s top8 semi-finals when they travel to LDF in the return leg on Saturday.

The match will be played at Setsoto stadium, kick off is 3pm

In the first leg, the two teams shared the spoils with neither of the two sides managing to get a goal. However, for Kick4Life, not conceding at home somehow eased the pressure on them as they now look to clinch a goal away from home, and avoid losing.

Last season, Kick4Life were knocked out at the early stages by fellow Maseru counterparts, Matlama. In the 2016/17 season, the team progressed to the semis after seeing though Sandawana, but unfortunately lost to LCS.

Speaking ahead of the game, coach Bob Mafoso said in a cup competition, one can never be sure. He was referring to the point that they managed to claim a clean draw when playing at home last Sunday.

“Yes one might think we are almost there but there is still a long way, second leg is going to be different and even tough. We just have to attack and make sure we get a goal. LDF are not an easy team, they have a good squad, so it’s not going to be easy,” he said.

If they manage to win on Saturday, this will be a huge success to Mafoso on his first tenure at Kick4Life. He has, in the previous seasons, made his mark in this competition, first helping Sandawana to progress to the semi-finals and also his spell at Bantu as the assistant coach to James Madidilane was a success.