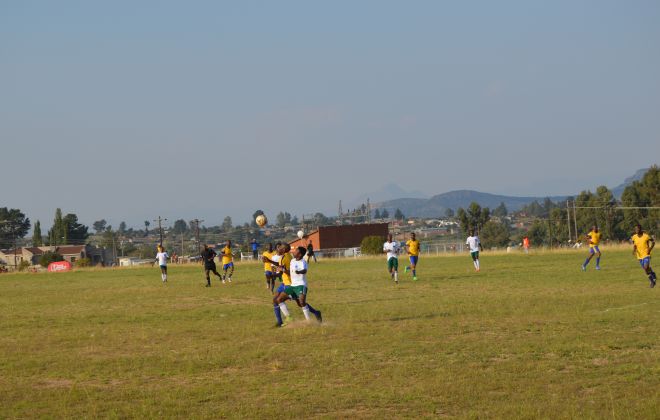 Kick4Life will aim to extend their unbeaten record to six when they host the reigning champions and also the log leaders Lioli FC on Saturday at LCS grounds in the Vodacom Premier League.

The Old Europa side come into this game from a hard fought 2-1 victory over Likila on Saturday and will be looking to keep the ball rolling against Lioli. Their form in March and April which includes two victories and three draws, has taken the side clear of finishing outside the top8, as they are currently placed sixth, four points behind fourth placed Sandawana.

With Kick4Life looking to have got their rhythm and maybe now eyeing to finish as far as the fourth position, and Lioli looking to increase their clutches in the premiership title, this match is expected to produce sparks and the individual brilliance is another factor which can decide the game.

Striker Thabiso Brown and attacking midfielder Fidele Ntoya-Malonga who were on the scoring charts this past weekend are some of the players who can influence the game. Brown, who gave Likila defence no holiday, scored a beautiful corner to take his tally to four goals. Meanwhile they will be without the services of their top scorer Morapeli Lesoetsa who was sent off during the game against Likila.

Lioli on the other hand, are no strangers to collecting points with the Berea only losing one game in the current season, winning fourteen and sharing the spoils seven times. Tse Nala received a major boost ahead of the game when they welcomed midfielder Motlalepula Mofolo at training after nursing his leg injury that saw him missing two games, the top 8 final against LCS and also the league encounter with Liphakoe.

The log leaders are on level points with their arch-rivals Matlama and they cannot afford to drop any points and will be aiming to pocket all the three points against Kick4Life.

When the two teams meet later last year, Kick4Life picke a point away from home, thanks to Sele Thetsane’s last minute penalty save.