Kick4Life stumble against Swallows in VPL 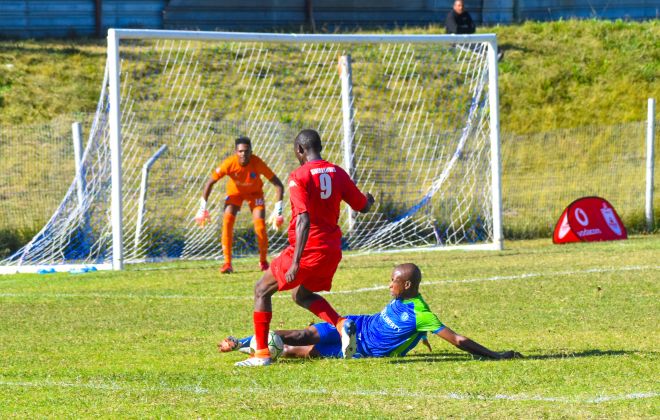 Kick4Life suffered a shocking 3-0 home defeat at the hands of the relegation threatened Swallows in the Vodacom Premier League on Saturday at LCS grounds.

The home side started better of the two sides with Ts’eliso Botsane rounding the goalkeeper in the 2nd minute of the match, but the paced striker was denied a goal by Leshoella.

Swallows, who came into this match fighting for their life in the elite league, broke the deadlock in the 14th minute through Mohau Khali’s strike.

Thapelo Mapola cleverly curled the ball at the goals after spotting the goalkeeper off his mark but this efforts went over the bar at the half hour mark. The game went into the interval with the victors leading 1-0.

Tlou Billet returned from an injury that kept him out for two months and he was introduced at the start of the second half together with Rapaulina Maime.

Kick4Life were dealt with a blow when they were reduced to 10man after Moruti Thamahane received two yellow cards in the 53rd minute. Shortly thereafter, Khali doubled Swallows’s advantage in the 56th minute. Khali then completed his hat-trick in the 62nd minute, reviving Swallows’ hopes of maintaining their status in the premier league.