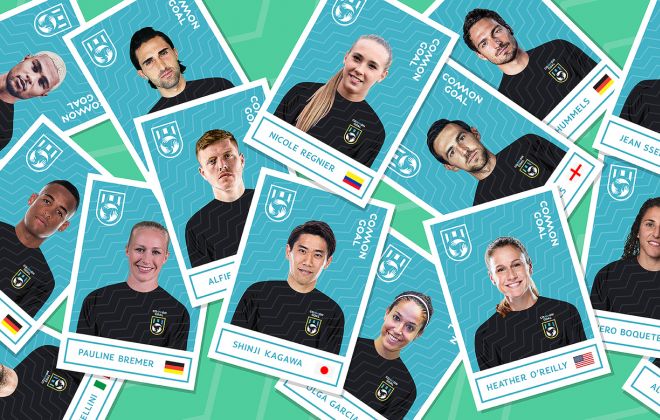 Kick4Life has been selected as one of two organisations to receive project funding from Common Goal, a fund instigated by Juan Mata through which players around the world donate 1% of their salaries towards changing lives through football. Common Goal has already attracted 40 players from around the world including Mats Hummels, Alex Morgan, Kasper Schmeichel and Kick4Life's very own Bokang Mothoana.

Over the next two years Kick4Life will lead a project aimed at developing resources and support around social enterprise, using our experience to help other Football for Good organisations to set up and grow their own sustainable businesses, enabling them to ultimately extend the impact and reach of their work. In doing so K4L will work with other leading organisations in the field, including Football United in Australia.

A further 27 projects have received a total €400,000 for work in areas such as gender equality in India, social inclusion in Europe and peace-building in Colombia. These projects are all part of streetfootballworld, a network of Football for Good organisations that created and which runs Common Goal.

Kick4Life Co-founder Steve Fleming said: "Common Goal is the most significant initiative in the history of Football for Good, so to be selected to lead this project is an honour and an important responsibility. We hope to achieve a lasting impact through the creation of resources and support that will enable organisations in our sector to become more sustainable. At K4L we have benefited enormously from setting up a number of enterprises including No.7 Restaurant and the K4L Hotel & Conference Centre, both through the generation of sustainable funding and by providing training and employment opportunities for young people coming through our programmes.

"We would like to thank the players who have joined Juan Mata and pledged their support to Common Goal, and we call on others to come forward and join the campaign. 1% is a small amount for each player, but collectively it creates enormous potential and an opportunity to change the face and fabric of the game."