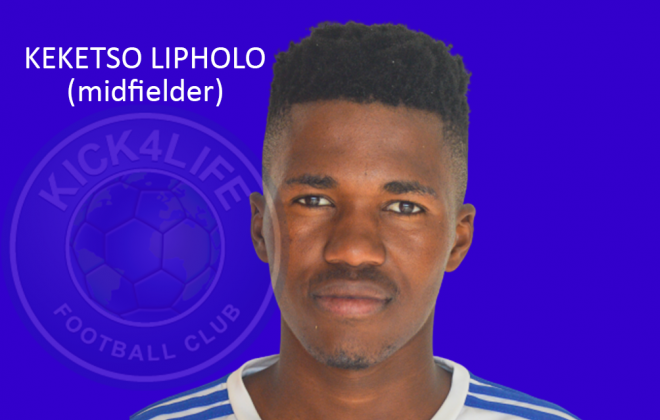 Kick4Life secures US scholarship for Lipholo

Kick4Life has secured a fully funded athletic scholarship for Keketso Lipholo, who will be studying Bachelor of Arts in Physics at the William Jewell College, Missouri.

The 21 year old started playing football at the age of 6 with his friends at Ha Thetsane, and he later joined Kick4Life development in 2016. He is expected to fly out of Lesotho later this year to the United States of America where he will spend 3 years plying his academic and football careers.

Keke, as he is popularly known, has expressed his excitement over this great opportunity and he promises to make the best of it. He thanked Kick4Life for seeing the future in him and he said he will work hard to make everyone proud.

“I want to thank Kick4Life for this glorious opportunity, I feel so humbled to have been given a chance to further both my academics and football in the US, it’s a challenge that I really welcome. Kick4Life has played a huge role in my life, when I arrived at the team in 2016, not only did I feel the warm environment, but I could see people who really care of our wellbeing,” he said.

The Country Director Motlatsi Nkhahle has congratulated Lipholo for this outstanding achievement and he said he hopes he shall continue being an ambassador of Kick4Life in the USA. He said this aligns well with the organization’s mission of securing live changing opportunities of young Basotho.

“We believe in using football to open opportunity for our youth. Keketso has done well for himself and he deserves the chance. We want to help in developing future leaders who will bring the combination of the international standards back home,” he said.