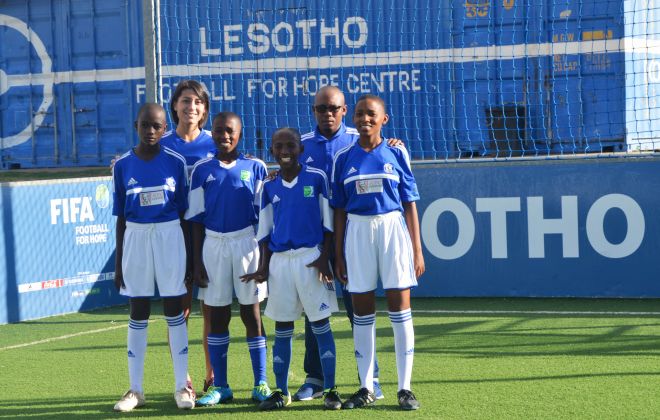 Kick4Life will represent Lesotho at the Football for Hope Festival in Moscow, Russia this summer, as an official part of the 2018 FIFA World Cup, joining 48 other delegations from across the globe.

Tlopo said: “This is a great chance for us to meet with our colleagues from other countries and organizations from around the globe to exchange ideas and experiences in the field of Football 4 Good. It also serves as a chance for us as Kick4Life to narrate on how we are touching the livelihoods of young Basotho using the power of football here in Lesotho.”

The Football for Hope Festival is an initiative set up by FIFA to celebrate the power of football for social change. Kick4Life has participated at previous events in South Africa and Brazil.

Motloheloa said she hopes to inspire young girls and women into changing the perception in many countries that football is a men’s sport: "Ï am looking forward to meeting girls from other countries and share the challenges they face. I believe we have the power to motivate women and girls into taking part in football, while also using this sport as a tool to encourage people into healthy living, Of course it’s what we do here at Kick4Life.”

Look out for further updates as the delegation prepares for the trip.