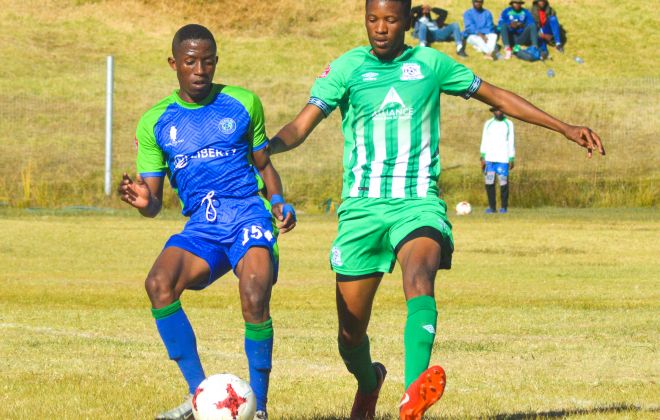 Kick4Life face one of their sternest tests in Vodacom Premier League and one of the league rookies when they take on Manonyane at the LCS grounds, this Wednesday.

Kick4Life have defied all the odds and the doubts after reshuffling the squad, engaging more players from the development and bringing in the new technical team at the start of the season. A total of 8 players were brought up into the senior side, and they have since fitted well in the set, Coach Makhetha doing well to use the experienced players to guide the upcoming youngsters.

The team is now on the 8th spot with 18 points, of which they won 5 matches, amongst others against the Lesotho Premier League giants, Lioli and LDF. With the the Old Europa side now looking for progression, they face a tough test of Manaonyane who have won 2 consecutive matches.

Now under the leadership of former Linare coach Freeze Ntene, Manonyane find themselves in the 12 placed with 15 points. They have secured the services of the experienced Mosiuoa Boseka and former Kick4Life talisman, Fidele Ntoya.

Pontso Khotso is doubtful for this match after sustaining an injury against Lijabatho and Coach Makhetha can only be hopeful for the return of Mohlomi Makhetha who missed Sunday’s trip to Morija due to an injury.

A win on Wednesday would be a huge morale boost for Kick4Life as they are set to wrap the first round on a high when they visit LMPS on Sunday.