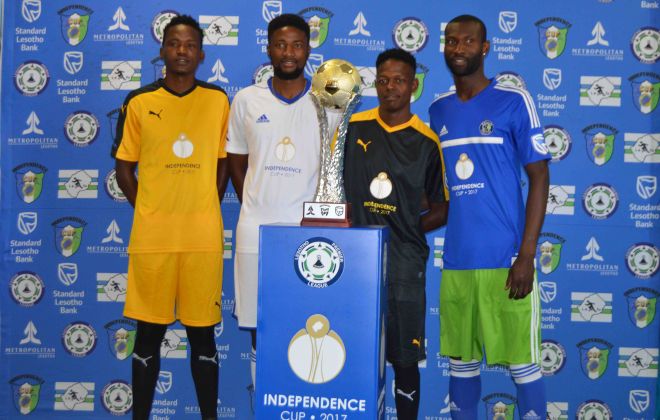 All roads lead to Setsoto Stadium tomorrow as Kick4Life mark their debut in the Independence Cup as the Old Europa side take on Bantu in the first match of the competition at 13:00hrs.

Immediately after the Kick4Life-Bantu tie, defending champions Lioli face LCS. The teams that win on Saturday will progress to the final on Sunday.

The Independence Cup, popularly known as the Top4 features the teams that finished in the top4 positions in the league, and Kick4Life finished fourth in the 2016/17 season.

These two clubs have met 7 times since the 2014/15 season, and Bantu hold an upper hand of 4 wins compared to 3 of Kick4Life. Speaking earlier this week in the press conference, Leslie Notsi said his troops are ready for the big weekend.

“It’s a big weekend for us, for the whole country and we surely want to lift the trophy. Our medical room is empty, the boys are in good shape, the mood is very high. We will go out there and throw everything at them, the plan is to attack from the word go,”

While Bantu’s good performances that saw them clinch the title in the 2016/17 arguably made them the best outfits, and they have gone unbeaten in their opening four games of the campaign this season, they continue to be favourites under James Madidilane.

They remain the only club in the league to have not conceded. Bantu have also boosted their squad with the prolific Tsietsi Motseare and midfiled maestro Lehlohonolo Fothoane from Mazenod side, Swallows fc.