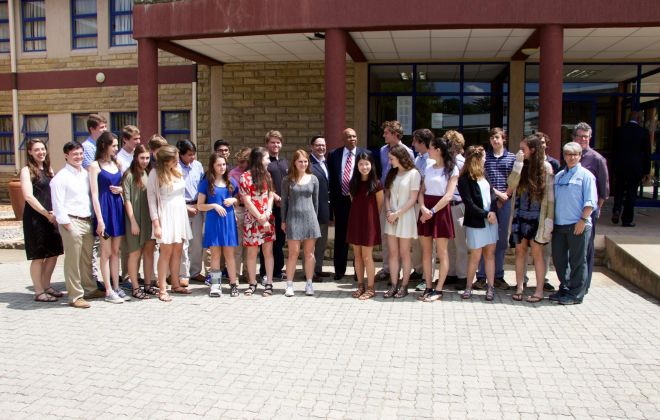 Kick4Life hosted a group of 24 young people from the Pace Academy in Atlanta, United States, as part of our first tour in partnership with The Third Half, a new social enterprise that runs soccer tours with a social cause.

During their stay with Kick4Life the group took part in health and education activities delivered by local coaches and learned about the diverse work of the orgaization in Lesotho. This included workshops covering language, history and culture, cultural performances from the Kick4Life Theatre Group and a visits to local sites such as Thaba Bosiu. They also stayed in Malealea for two nights where they enjoyed a pony trek through the stunning mountain region.

Based at the K4L Hotel & Conference Centre during their stay, the group also has plenty of opportunities to play soccer including a specially organized tournament involving Basotho youth. They also attended a Vodacom Premier League match, watching Bantu take on Lihhopo.

The visit concluded with an invitation to the Royal Palace by King Letsie III, as part of Moshoeshoe Day, which marks the founding father of Lesotho.

Katie Mahon, from The Third Half, said that, as well as having the chance to travel and play soccer, the purpose of the visit was for the scholars to learn about Kick4Life and the work that the organisation does.

Eigtheen year-old Mark Handler added: “It is really fantastic to be here, everybody has been really good and it was my first time in Africa. I wasn’t sure what to expect but just riding in the bus and everybody was smiling and waving at us, so it was really cool..”

Handler added he was happy to have had an opportunity to learn about the HIV/AIDS as there were things he was not aware of before coming to K4L.

As for Jordan Shoulberg, she feels it is her responsibility to spread the word about Kick4Life in the USA. She said she was fascinated by the fact that Kick4Life uses sports especially football as a tool for disseminating information surrounding HIV/AIDS because youth tend to gather in numbers when there are sports activities, hence a good chance to sensitize the public about the virus.

“We were even discussing to start a club that will host a soccer tournament when we get back in the US as raise funds to help Kick4Life because we feel the organisation is doing a great job by looking after the community, it such a good work that I would tell my family about” she said.

We hope this is just the first of many tours from the Pace Academy, and other high schools and clubs from the US and further afield, through our partnership with The Third Half. 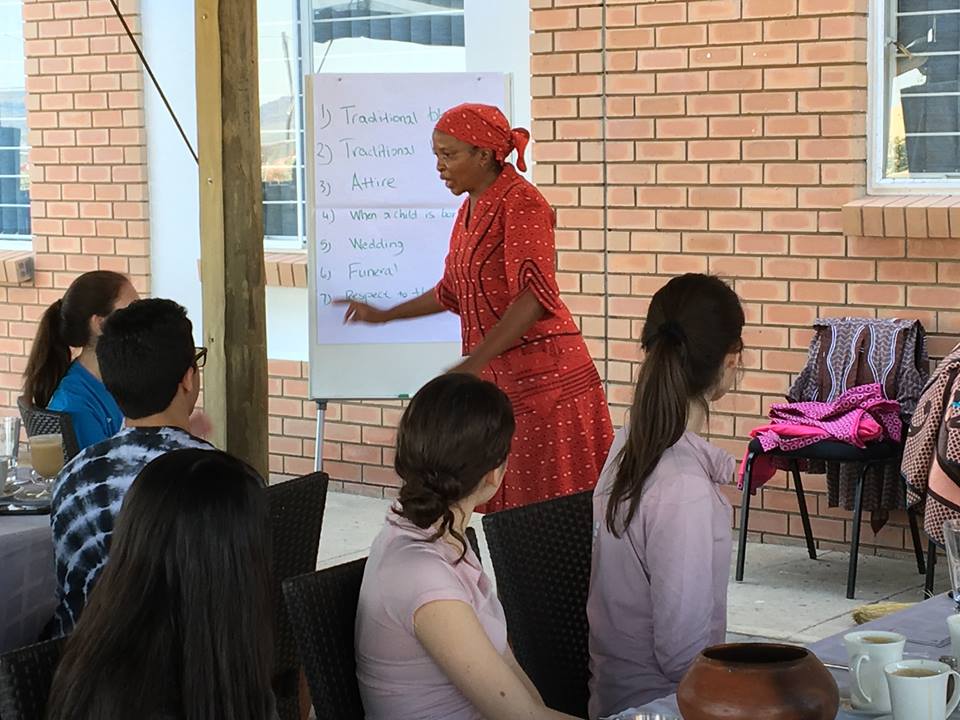