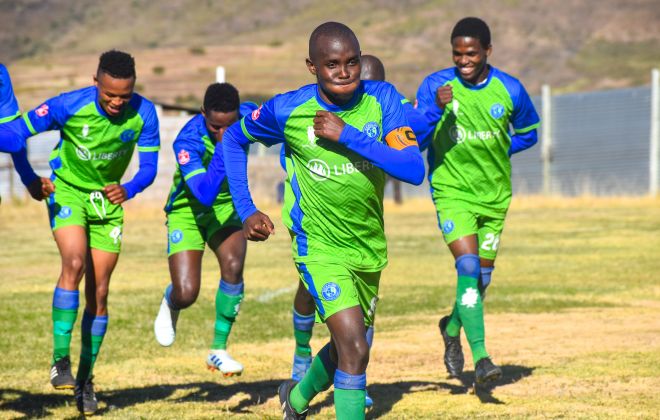 The 2020/21 Vodacom Premier League campaign came to an end this past weekend with Kick4Life finishing 9th in the log standings.

From the 30 matches played, the team managed to bag 43 points, of which 12 matches were won, 7 played to a draw while 12 games were lost.

At the beginning of the season, 9 players were promoted from the development side to the first team and they made their mark in the elite league.

Amongst of the notable regulars were Teboho Montlha and Mohlomi Makhetha who featured in more than 20 matches. Katleho Molefe was also a force to be reckoned in the middle of the park.

The Country Director Motlatsi Nkhahle congratulated the team for the splendid performance and said he is proud of how the team conducted its self on and off the field.

“I am proud of these gentlemen, they went out there to represent Kick4Life and they did that exceptionally well. It was a tough season, we had to navigate through challenges arising especially with the Covid-19 pandemic but this group of gentlemen held the fort well and we are thankful for their efforts”.

In the last fixture of the season, Kick4Life slipped to a 3-0 loss to LCS, with Ntaitsane Makara netting a brace while Hlomelang Lebina scored the 3rd goal.