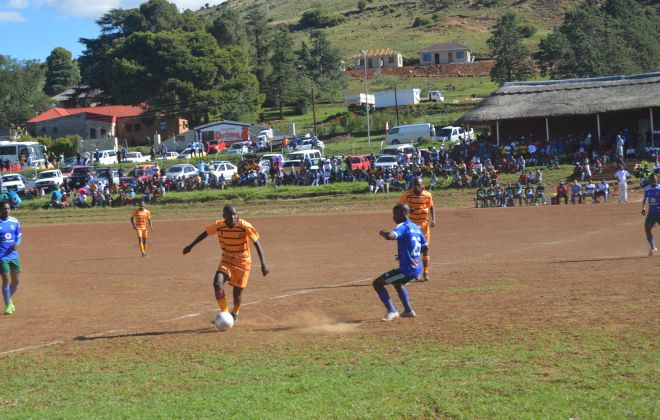 Kick4Life will hope to continue with their Vodacom Premier League winning run as they welcome Mphatlalatsane on Saturday at LCS grounds.

Kick4Life are on the rise after collecting three points over the weekend against Liphakoe and hosting the northern side Mphatlalatsane could allow them to keep their winning momentum. Leslie Notsi’s side have revived their top 8 chase hopes as they managed to get a win and be on level points with the seventh placed LDF, only separated by the goal difference.

Kick4Life now trail the top 4 team Likhopo by five points and will push to close the gap with a win over Milioane Mahlaha’s side. However, in the first round, Mphatlalatsane emerged victorious 3-0 in a match played in Maputsoe and Notsi will hope his charges complete the job and get three points at home.

Speaking ahead of the Match, striker Kamohelo Makateng said they are looking forward to the match and anything can happen. “We are looking forward to our encounter, we know it is not going to be easy because they have not been playing well and to us it’s like facing a wounded tiger that is desperate to start picking points. But we are ready for them, to us this game is a must win and we are going to play it like a cup final,” said Makateng.

From Mphatlalatsane’s point of view, they will have to travel to Maseru and come back to Leribe with three points to redeem themselves. The Leribe side are still licking their wounds after their humiliating 5-2 loss to Liphakoe. However they went out to pick themselves valuable point against LDF and Likhopo in their last two league matches.

Their only victories came over Kick4Life and Matlama last year, which means they must go all out for a win in Maseru to avoid relegation. They occupy position 14 with 12 points after 17 league clashes and getting three points will elevate them on the log standings.