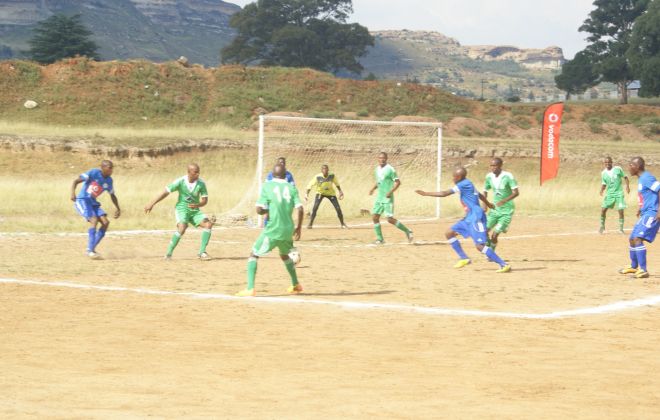 Kick4Life continue their Vodacom Premier League campaign on Saturday when they visit Linare at the Maputsoe DiFA ground. Kickoff is scheduled for 15:00hrs.

Kick4Life are fresh from a draw with Sandawana last Saturday and they will need to pick up the three points over Linare to keep the current top8 place.

The Lebajoa Mphongoa-coached outfit could be a tough nut to crack especially after beating Rovers in their previous match.

The two sides have met twice in the 2014/15 season with each team walking away with three points when playing at home. The first ever game between the two teams in October 2014 ended with Kick4Life beating the Northern Side 1-0, thanks to Katleho Mabetha’s goal in the game at Setsoto Stadium, before Linare won the return match 2-1 in Hlotse in March this year.

Motlalepula Majoro’s men will hope to pick up their second victory in the league, and should the visiting side beat Linare, they have a chance to go as far as claiming the fifth position if Bantu and Rovers lose their games.

Kick4Life have their talisman Thabiso Brown back from suspension but have lost their right back Teboho Monare who was also sent off last Saturday in a clash with Sandawana.

With Motlalepula Chabeli having registered his name in the 2015/16 score sheet, expectations are high to see if he will continue to help his team collect maximum points. Chabeli was in fine form against Sandawana, scoring an important goal for his team and went on to walk away with the man of the match price.

Looking at the hosts, Linare are currently in the seventh position with 6 points, one point ahead of Kick4Life who are in the eighth position.

In his first game in charge, coach Lebajoa Mphongoa suffered a humiliation defeat of 4-1 to Likhopo, and also went on to lose the next two games to reigning champs Lioli and LCS.

Following their slow start of the season with back to back loses, “Tse Tala”reached a turning point when they beat Matlama 3-1 and took the morale into the game against Rovers to win an away 1-0 in a goal scored by Sello Rapule.

The former Linare and South African Celtic player, Mphongoa will be looking to help his childhood team to success this season especially in the league, where they haven’t won the title since 1980