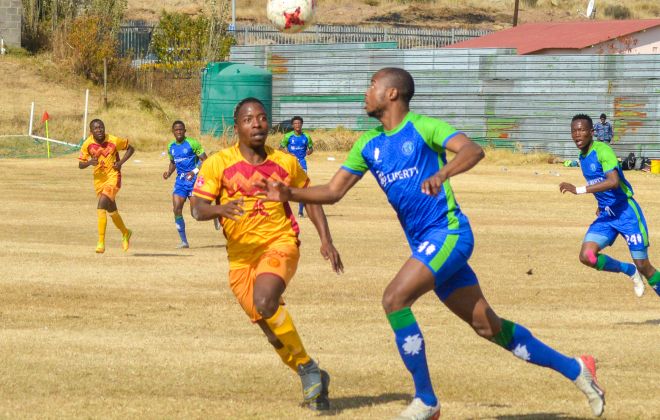 Kick4Life are on their travels this Saturday as they take on Liphakoe in the Vodacom Premier League at LCS grounds at 3pm.

The Old Europa outfits approach this match with full intentions to claim victory and continue their upward trend in the league table.

With 4 matches to play, Kick4Life are positioned 8th with 39 points, from which the team won 11 matches, drew 6 and lost 9.

Captain Teboho Lekhooa has said they are looking forward to this much anticipated affair with the Quthing side. He said they are aware they cannot afford to drop any points.

“This is an important game for us, we know what is on the table and we go into this match with full intentions to win it. We lost to them in the first round, that may be a motivation for them to push harder against us but to us, this is a must win for us,” he said.

A win for Kick4Life on Saturday would bag them 42 points and put them in a good chance to secure the top8 position when the league ends.

After 26 games, Liphakoe find themselves in the 13th position with only 23 points. They have not had their best season as they lost 13 matches, drew 8 and won only 5. They lost 1-0 to Swallows in their previous match.

Looking at players that could have much influence in this match, Teboho Montlha has been on his fine form and has scored important goals for Kick4Life. Realeboha Ralenkoane will also want to prove his worth against his former club after joining Kick4Life in the second half of the season. Liphakoe have Thapelo Tale who, if not marshalled well, could pose danger to Kick4Life defence.