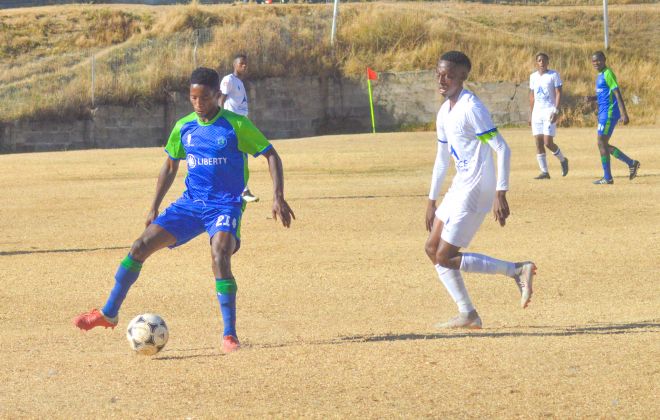 Kick4Life back in VPL action against Matlama

Kick4Life will take to the pitch for their Vodacom Premier League game with Matlama this weekend, after having their match with LDF postponed two weeks ago.

The match at the LCS grounds will kick off at 12h00.

This will be Kick4Life’s second meeting against Matlama this season, after Phafa Ts’osane’s penalty saw Matlama claiming full points for Matlama in the first round.

The Old Europa side have been on a good run before the football activities were suspended four months ago, with only one loss in the club’s last four league outings, a run that also includes two victories.

Head Coach Motebang Makhetha has hinted a tough encounter on Saturday against the current log leaders:“Matlama are always tough opponents, they are a club with rich history and a good squad, they are currently at the top of the table and this tells you that they are not looking at dropping points. We on the other hand also come into this match with full intentions to win it, we want to collect as many points as we can and we have to start on Saturday,” he said.

Looking at the statistics, the Kick4Life mentor remained confident in his charges as they gear for their 16th league encounter: “When you look at it, we have played 15 matches, of which we claimed 7 victories, shared the spoils on 3 and lost 5. We cannot afford to drop anymore points, we need to focus and prepare for each game as it comes.”