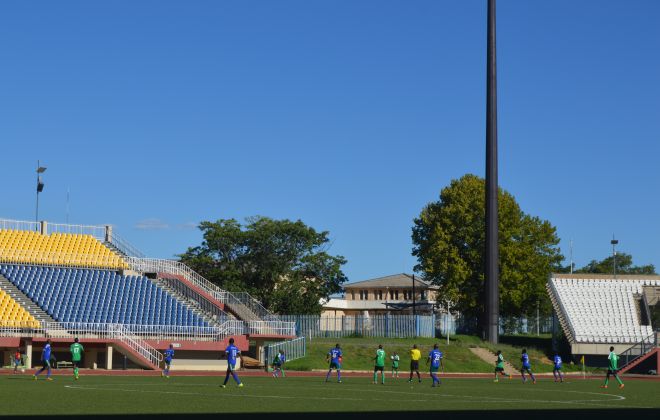 Kick4Life aim to bounce back at Sandawana

Following their 3-0 loss to LCS last weekend, Kick4Life will aim to return to ways with a tough encounter against Sandawana, who also suffered a loss in their last match, going down 2-0 to Lioli.

The two teams face off at 16:00hrs at Butha-Buthe on Saturday afternoon.

Only five points separate the two teams in the Vodacom Premier League standings, and a win for Kick4Life will certainly aid their cause in climbing up the log, while Bob Mafaso’s men cannot afford another defeat if they hope to seriously challenge Lioli for the title.

Kick4Life were in the eleventh position last season and seemingly struggling with their first season in the Premier League but the 2015/16 fairytale season has been scaling new heights as they went as far as beating big clubs like Linare and Bantu, and earning maximum points against Sandawana will be a good run to keep the pace of the top 8 alive.

When the teams met earlier this season, Lesli Notsi’s men claimed a 1-all draw at the Old Europa with Motlalepula Chabeli getting the only goal.

The Butha Buthe outfit have seen their sensational form dropping after losing three consecutive games, and if there is the right time to start picking points, it’s when they face Kick4Life. They are on the fifth place in the standings with 24 points where they have 7 wins, 5 loses and 3 draws. They have recorded 3 victories at home and also lost 3.

Their star man Rabosana Koloti has enjoyed his superb form of putting the ball in the back of the net, scoring eight. Masaena, as Koloti is also known, remains a force to be reckoned and is one of the players in Mafaso’s squad who could really determine the game on Saturday.

Meanwhile the Kick4Life maybe without their midfielder Robert Mekomba who picked a knee injury on Sunday and is still undergoing medical assessment. However, the good news coming out of the camp is that Keketso Mokhele, the central midfield is back at training after being on the sidelines for weeks due to a knee injury, and can equally fit Mekomba’s position.