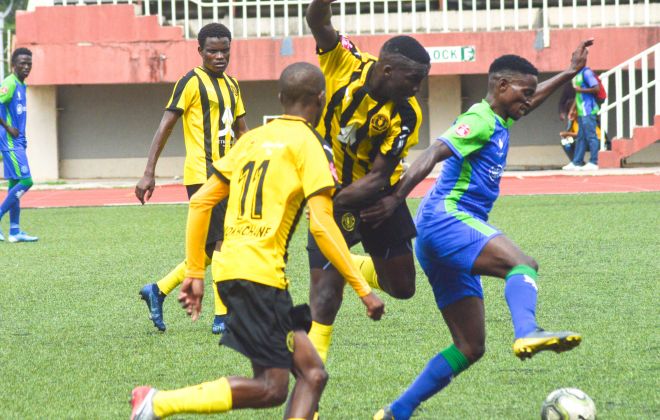 Kick4Life’s second coach Molefi Katane has called for a quick redemption from his players after suffering a second loss last weekend against Lifofane in the Vodacom Premier League.

The loss was a second in succession after losing 1-0 at home to Lioli before travelling to Lifofane. The losses saw Kick4Life dropping to the ninth position and the club’s mentor, Katane has called for full attention and focus as they look to lock horns with Bantu on Sunday afternoon at LCS grounds.

“After a result like Sunday’s, I think it’s important for everyone to digest what happened and we need to be critical with our own performances, then we can ask some questions, sit together as a team and move forward from there.

“Everybody is not happy with the result of Sunday, but we don’t need any extra motivation for a game of this magnitude. We need to get up again, forget about Lifofane and focus on Bantu and I know we have the capability to do that,” he said.

A clash between these two sides is always entertaining as nothing but goals can be expected. From their 11 league meetings, only one game ended in a draw. Kick4Life emerged victorious in 4 of those meetings, while Bantu won the remainder.

In the first round when Kick4Life hosted the Mafeteng side at Setsoto stadium, the latter claimed a 3-0 win. Sunday provides a chance for the Old Europa side to restore their parity against Bantu and collect maximum points.