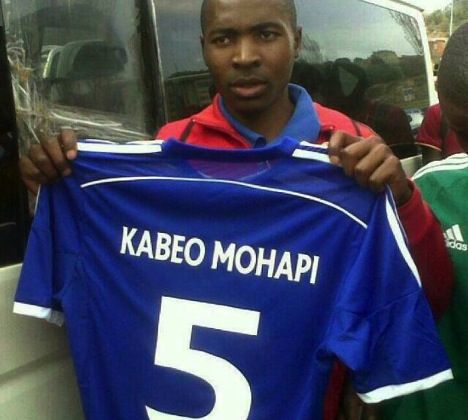 Hard working, disciplined, loving and punctual were the words used to describe the late Kabelo Mohapi by different speakers in his memorial service.

Kabelo Mohapi, also known as “Striker” passed away on the 10th December 2015 at Queen Mamohato Memorial after being struck by a lightning while at his residence with family. He was 16 years old.

Thotanyane added they already feel the gap left by the absence of Mohapi who was also a player in the national under 17 side. “Just last Sunday we were laying to rest his teammate in the national team who lost his life after drowning in water and today I am standing before you with the similar situation. It looks like we are facing tough challenges in our football”, he said.

On behalf of the players, Moruti Thamahane said playing alongside Mohapi was a privilege. “He was young and hungry to play. We shared the same position in the field. But there was never a time I would see an angry face on Striker, but instead he would be that player, always humble and willing to learn more”, said the team’s captain.

Kabelo Mohapi first played for Black Sundowns before joining Kick4Life Juvetude in 2013 where he gained promotion into the senior team in 2015.

K4L Director of Football Chris Bullock said: "We are very sad to have lost Striker and our thoughts are with his family at this very difficult time."