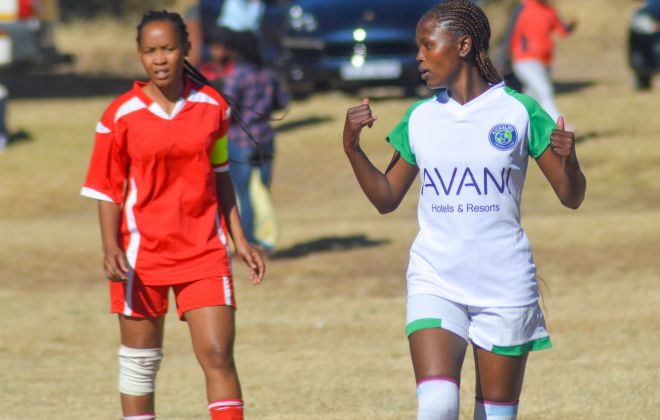 Kick4Life Women beat Rovers 3-0 to keep their run start of the Dare to Dream Champions League on Sunday afternoon at Makoanyane Barracks.

Senate Letsie struck three times past the Rovers goalkeeper to see her side accumulating 9 points from 3 matches, and remain at the top of the summit. Coach Elizabeth Yelimala made one change to the squad that started against Thaba-Tseka Ladies, Mpolokeng Liphaphamo starting while Sebabatso Fokothi was rested.

Letsie scored early in the first half, releasing a powerful grounder. Morakane Mokhothu should have doubled the scoring just before the break, but Mamonethi Rapuleng did well to close her down.

The lethal Letsie continued to triumph in the second half, finding the back of the net twice to ensure that Kick4Life put the game to bed. Letsie has now scored 9 goals in 3 matches, and she is one of the top scorers in the league.