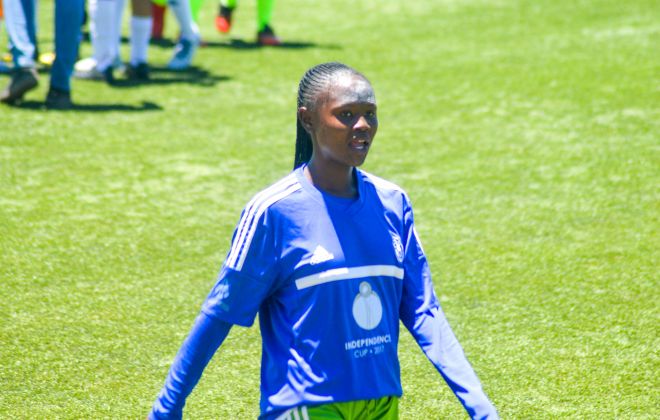 This Sunday, the Women Super League will be on fire as the two top league teams, Kick4Life and Setoko meet in a much anticipated thriller at Kick4Life grounds.

The match will be at 2pm

Both Kick4Life and Setoko are on level 10 points, with the former leading with goal difference after being Rovers 2-0 last Sunday. Setoko on the other hand also won 2-0 against Basetsana. Kick4Life has scored 15 and conceded 3 while Setoko scored 8 without conceding.

After netting 4 times in the current Super League season, Seipati Tlali and Nteboheleng Mohoshela will be looking to increase their tally and match LDF’s Kholu Lebakeng who currently sits on 9 goals. The duo, together with the target women, Morakane Mokhothu are expected to give Kick4Life a major boost against the Leribe side.

Coach Elizabeth Yeliamala was boosted by the availability of goalkeeper Boelo Lepheana and Lerato Tsoinyane who had been absent on the previous 2-2 draw with Mafeteng in Thaba-Tseka. Tsoinyane even helped create the second goal against Rovers after being fouled in the box.

Speaking at the media briefing this week, Yelimala said they need to be clinical up front because they face a team that has not conceded so far.

“We have to be clinical and make sure every attempt gets us something. We are playing at home, so it’s another added advantage to us to claim all the available points”.

Setoko have had a great start of the season, winning 3 matches and sharing the spoils once. They have the solid centre back in the experienced Nteboheleng Setoko and the former hard marshalling Kick4Life defender, Relebohile Ntobo.