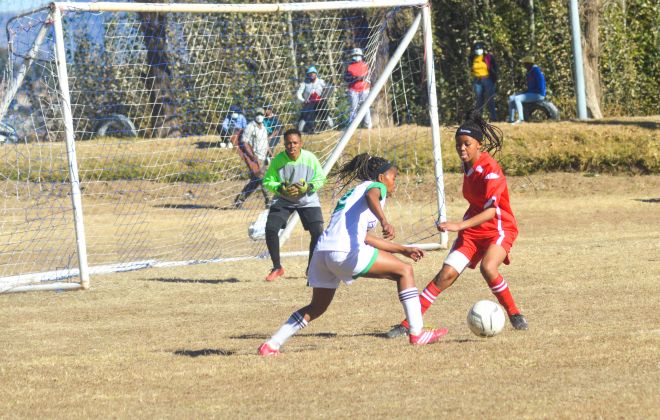 The draw was conducted on Tuesday afternoon at the Lesotho Football Association offices. The Old Europa women made it to the next round after winning all their 6 matches, and now they will be up against familiar faces at Makoanyane Barracks at 2pm.

The two teams had met in the group stages, Kick4Life claimed wins from the 2 meetings, scoring 8 goals and keeping a clean sheet.

Coach Elizabeth Yelimala has welcomed the fixture, and said they have started preparing for the match since their last game. She said all her players are in good shape, they have been doing well at training and Saturday will give them a chance to see how they are progressing.

“We are trying to remain humble, take each day as it comes and hopefully we will continue doing well. Rovers are a good team, we are aware of their strengths and we know it will not be easy especially because we have beat them twice. However, we are also going into that game with intentions of winning, we need to score many goals and protect our goalkeeper,” she said.

The victory for Kick4Life on Saturday would mean they will face the winner between Setoko and LDF in the finals. In their last cup final, Kick4Life beat LDF 1-0 at Setsoto Stadium to clinch the Women Super League Tournament in 2018, courtesy of Kefuoe Makoa’s goal.