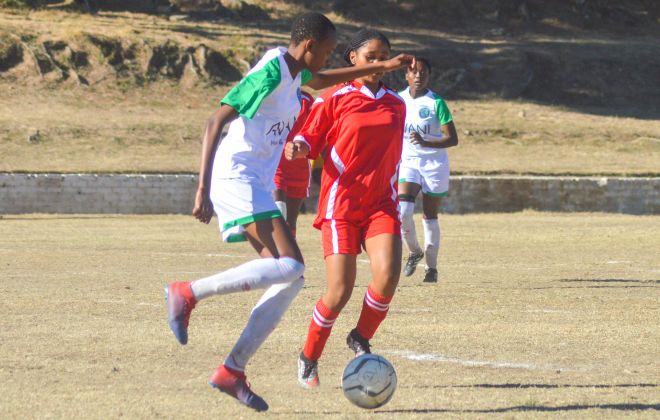 Kick4Life Women have their full attention to the weekend’s fixture as they head to Mohale’s Hoek to take on Rovers in the Super League Tournament on Sunday.

Kickoff is scheduled for 11am.

The match comes at the wake of a 2-2 draw with Mafeteng Sistas in Thaba-Tseka last Sunday and Coach Elizabeth Yelimala hailed her troops for putting on a “never give up” mode when they were trailing behind, only to force the match into a draw in the final minutes.

Yelimala emphasized the need to forget last weekend’s game and put their focus on Rovers, who also come into this game with the hope to get positive results against the Old Europa women.

“We remain focused, it is very early to start panicking. Of course we want to collect all the points in every game we play but this are football, anything can happen. We have put Sunday’s result behind us, we are now looking forward to Rovers, they are a good side, they will try to make things difficult for us but we will win the match, we want to continue collecting point,” she said.

Kick4Life are currently placed at the top of the summit with 7 points, 2 wins and a draw. They have scored 13 goals and conceded 3.

Rovers on the other hand did not have the best start to their season, after 3 games, they find themselves second from the bottom with just a point. They lost 1-0 to Basetsana last week, and they will be looking to redeem themselves.

New signing, Nthabiseng Lenkoe will be up against her former Rovers side after joining Kick4Life at the start of the season. Lenkoe has started in 2 matches.