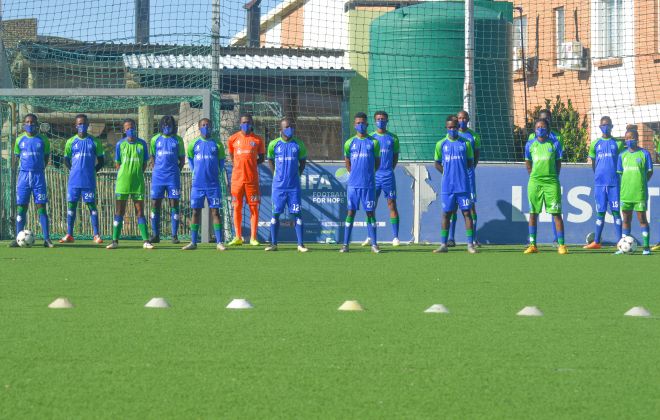 Kick4Life has announced changes in the technical department as well as unveiling new players for both men and women teams ahead of the 2020/21 season.

The unveiling was held on Wednesday afternoon at the club’s premises in the presence of the executive member, Makoanyane Letsie, Director of Football Lepekola Seetane and Ladies team manager, Makatleho Pitso.

Motebang Makhetha has been appointed the head coach of the senior men’s team and he will be assisted by Teboho Kokome and Molefi Katane.

A total of 16 players are joining the men side while 3 players have been added into the ladies team. Karabelo Pita, Lebohang Tjoloba, Teboho Montlha, Katleho Molefe, Mohlomi Makhetha, Reatile Ntene, Ts’olo Lelimo and Hlompho Moletsane have all been promoted from the development side.

After parting ways with the team last season, Moruti Thamahane and Rorisang Moabi have re-joined the club, while Kamohelo Makateng and Ts’epang Bulane, who were also players of Kick4Life, but left a couple of seasons ago, have also been signed back.

After been on trials with the team at the beginning of this season, Tlotiso Mapola and Thapelo Mapola have impressed the technical team and they are joining the club from Masowe City Stars. Pontso Khotso and Rapaulina Maime have been signed from the Premier League counterparts, Likhopo FC and LCS FC respectively.

On the women’s side, Senate Letsie and Lits’eoane Maloro have re-joined their teammates for this season. The team has also reinforced their squad with the presence of former Thaba-Tseka Ladies FC midfielder, Rets’epile Moiloa.