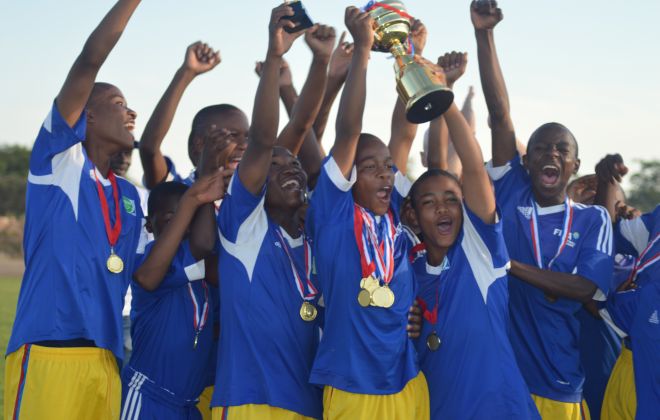 Kick4Life U15 (Academy) and U18 (Development) were crowned the 2019 International Easter Youth Tournament champions held in Botswana during the Easter holidays.

In the U15, Kick4Life Academy saw off KSSE 5-0 in the finals, thanks to a brace by Morena Mona and goals from Bakuena Ramakatsa, Bataung Molefi and Tumeliso Ratsi’u. Then for the individual awards, Molefi scooped the Player of the tournament, Katiso Tsoamotse walked away with the Golden Glove, while Ratsi’u was the Top Scorer.

On the other side, Kick4Life Development also performed well as they earned a hard fought 1-0 over KSSE U18. This was a much contested affair as the two teams need only Mokoaleli Masoabi’s first half goal to separate them.

The young Thabang Ramokebe was the engine in the midfield and eventually won himself the Player of the Tournament, while Teboho Montlha did a brilliant to deny KSSE a goal and kept Kick4Life in the game. Montlha was named the Goalkeeper of the Tournament.

These were the marvellous performances by the Kick4Life as they lost in the finals in 2018 when the same tournament was held in Lesotho, by K4L.