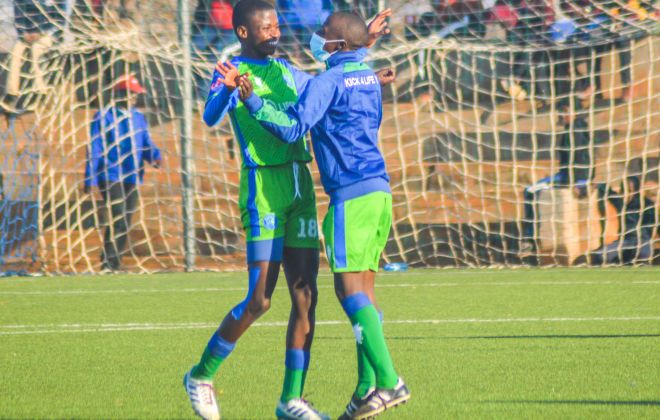 After clinching 3 points against Lioli last Sunday, Kick4Life are hoping to keep their ball rolling when they face Lifofane in the Vodacom Premier League on Thursday at LCS grounds.

Another win for the Motebang Makhetha coach outfit could see them bagging a total of 19 points and put them in a good position in the league table. Currently the team is placed 9th in the standings, with just goal difference separating them with the 8th positioned Lijabatho.

Despite a rash of two forwards, Mongezi Mologovane and Ts’eliso Botsane not being available for selection, Kick4Life have managed to pose danger to their opponents. Sanele Phantse has held the fort well upfront, netting 3 goals and assisting in 1.

When the two sides met last season, the matched ended in a goalless stalemate. Unfortunately, the second leg could not be played as the football activities were called off due to the Corona Virus outbreak.

Lifofane have had a poor start of the current campaign compared to last season where they were a formidable force in their first season in the league.  Having played 11 matches, they find themselves positioned second from the bottom with just 4 points.

They lost 1-0 at home on Sunday against district neighbours, Linare. The departure of John Mofokeng to Linare and Velaphe Monaheng to Lioli seems to have left a void in the team.